Inspiration Aboard the USS Midway at Inspire 2016 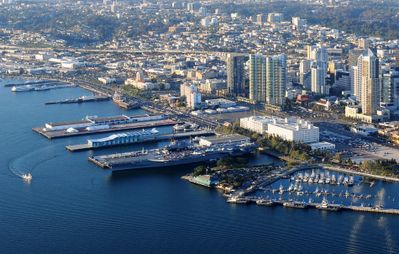 The USS Midway was commissioned on September 10, 1945 and served her country for 47 years. More than 200,000 American veterans served on her decks, and now, more than 70 years later, the Midway continues on as a compelling tribute to the hundreds of thousands of men and women who have served their country, inspiring visitors with an appreciation for courage and freedom.

At Alteryx Inspire 2016, we’ll celebrate the thousands of data analysts and line-of-business users who are leveraging Alteryx to drive workplace independence - enabling individual accomplishments that weren’t previously possible. We honor the analysts who use Alteryx in their daily work to drive deeper insights for their companies, those whose stories illustrate self-reliance and empowerment. Each Alteryx user shapes their approach and process, making it uniquely their own. They embrace the Inspire 2016 theme of “i.am.analytics”, as they make their analytics mark on their organization.

Inspire 2016 will take over the USS Midway, a San Diego icon, for the Inspire 2016 gala party on Tuesday, June 7th. There you will enjoy:

If you haven’t registered yet for Inspire 2016 – the analytics event of the year – register now, and join us aboard the USS Midway in San Diego!

If you need a little more convincing, or have never been to Inspire, take just two minutes to watch this video, and hear Alteryx customers describe why they come to Inspire every year.