MaddieJ
Alteryx Community Team
Alteryx Core Certified at 13 and 16 years old?! A father/son duo and teacher/student pair share how they worked Alteryx into their virtual learning, and why they believe data literacy with Alteryx will unlock opportunities for them. 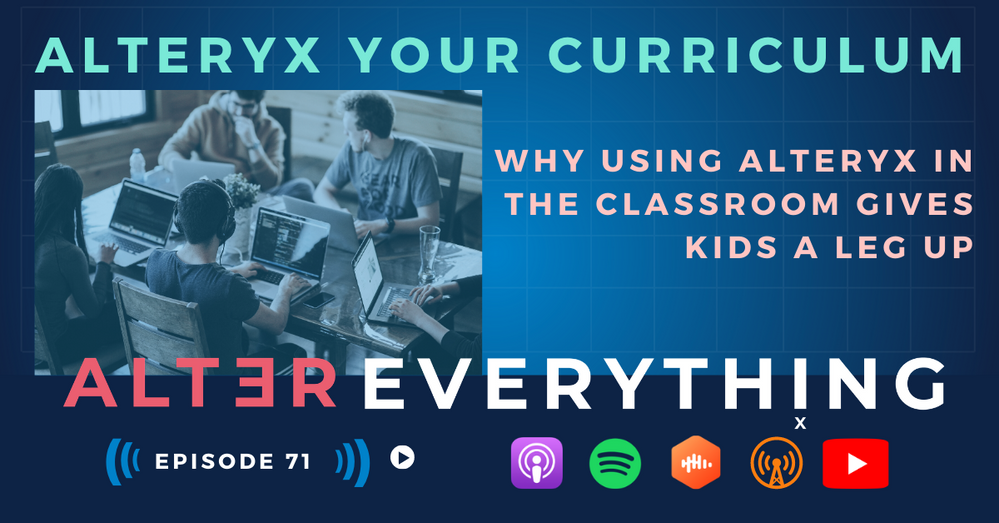 This episode of Alter Everything was produced by Maddie Johannsen (@MaddieJ).
Special thanks to @andyuttley for the theme music track, and @jeho for our album artwork.