Women in Data Science is coming to the Alteryx Broomfield office on March 12th!  If you are local to Colorado, we'd love for you to join us! 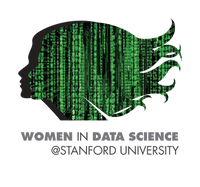 WiDS Broomfield @ Alteryx is an independent event organized by Olivia Duane Adams (Chief Customer Officer, Alteryx) and Sydney Firmin (@SydneyF Data Scientist, Alteryx) to coincide with the annual Global Women in Data Science (WiDS) Conference held at Stanford University and an estimated 150+ locations worldwide. The Global WiDS Conference aims to inspire and educate data scientists worldwide, regardless of gender, and to support women in the field.

You're invited to join us at the first annual WiDS Broomfield @ Alteryx event for an evening filled with networking and insightful panel conversations about women in data science. Doors open at 3:30 p.m. MT, when attendees can enjoy drinks and light appetizers prior to being seated for the panel discussion at 4:00 p.m. MT. The panel discussion will feature: