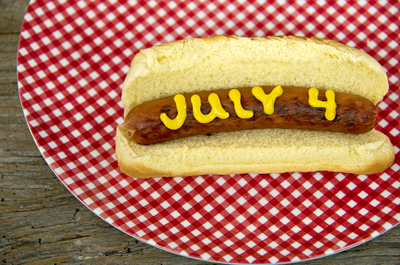 Every 4th of July since 1972, the Nathan's Hot Dog Eating Contest has been held in Coney Island, a neighborhood of New York City. Nathan's promoters claim that on July 4, 1916, four immigrants held a hot dog eating contest at Nathan's Famous stand on Coney Island to settle an argument about who was the most patriotic.

After this weekly challenge, you might want to eat a hot dog or perhaps not, but either way, you will have fun finding out who eats the greatest number of hot dogs.

1) Who was the winner among the male and female contestants for each year?
2) How many hot dogs did the winners eat?
3) What year had the least number of hot dogs eaten by a man and a woman?

Thank you for your comments. The start file has been updated.

Nice Challenge didn't quite get the same results as the outputs. Looking forward to seeing what others did. 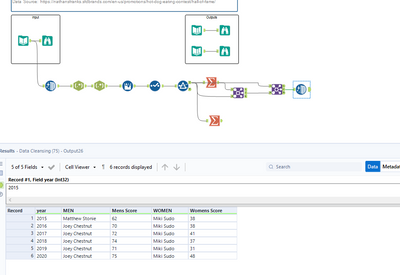 Feeling a bit rusty, might need some of that hotdog grease... Slightly different numbers for the # hotdogs per winner (think the sorting was not right in the proposed output)

Agree with others on the provided output not being correct 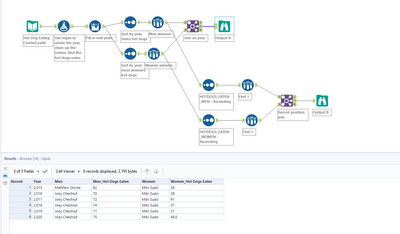 My solution. I didn't use Join tool. 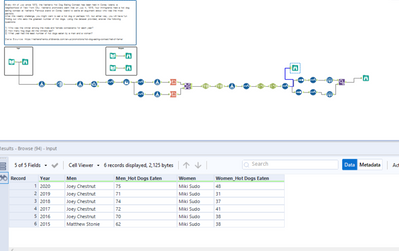 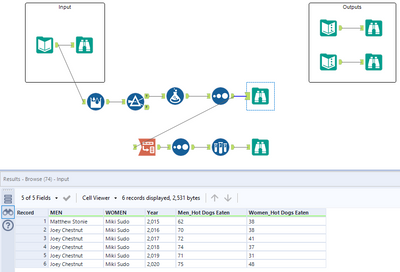