The 2020 NFL draft will occur later this week. Yay American Football! Let's look back at data from previous drafts to find out which teams used their draft picks most efficiently.

Each year the NFL holds a draft where aspiring collegiate players are selected to play for an NFL team. The draft takes place over 7 rounds with each team selecting players based on their performance in the previous season. Selections, also known as picks, can be traded amongst teams, resulting in some teams not selecting within given rounds and others having multiple picks.

In general, the earlier a pick is made in the draft the more valuable it is (i.e., you are likely to get a more valuable player with the first pick than the 10th pick). Sometimes, a highly valued prospect does not pan out and the valuable draft pick is wasted.

For this week’s challenge, create a list of the top three teams with the highest draft efficiency for each year of the data.

Not sure why but I'm getting SEA as being the most efficient for 2015 and all my 2019 teams are different than the expected output. Oh well, I'm confident in my workflow, someone please let me know where I went wrong!

Small variance in my results from the sample output data: 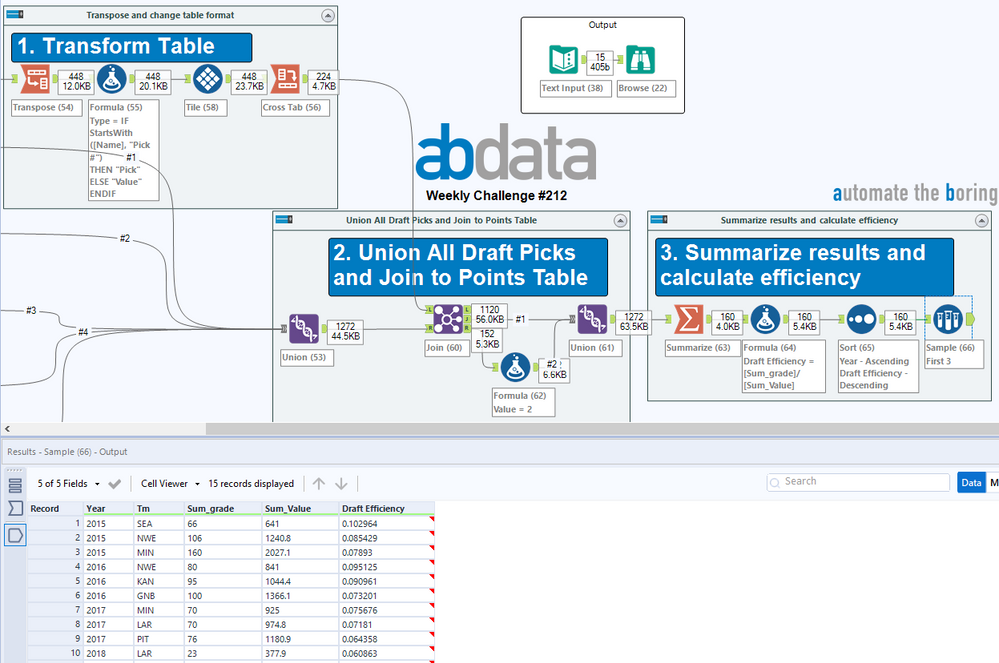 First time using the Arrange tool in a long time. 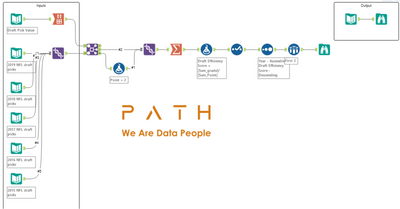 I agree with @Blake — my answers differ from the solution but completely agree with his.

In either case, this challenge kicked my butt for about 25 minutes for some reason. Guess my brain isn't working at full strength this morning.

And my solution video:

Different result - but actually, I don't think there is a flaw in the logic. 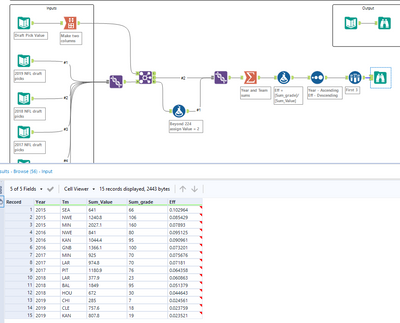 I found the difference between the posted answer and your answers.

The posted answer treats the new efficiency table as a string and which leads to the list being sorted incorrectly. 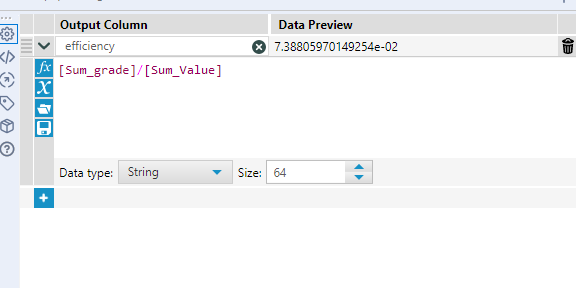 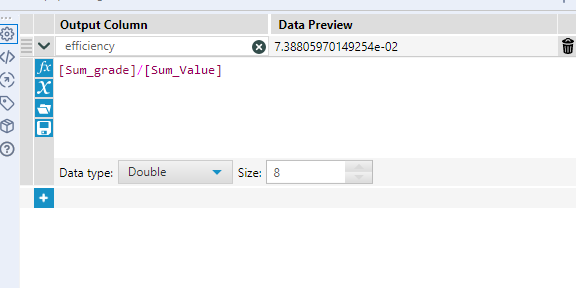 what we got - notice field type difference 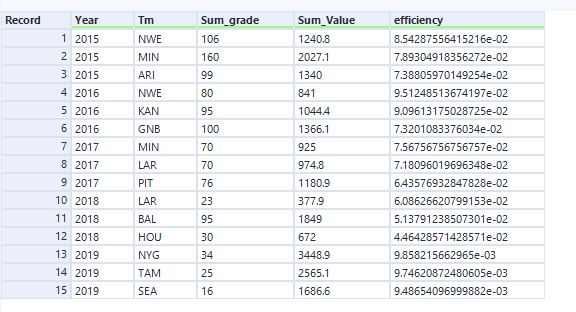 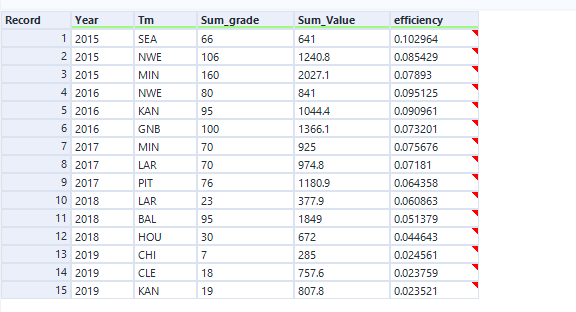 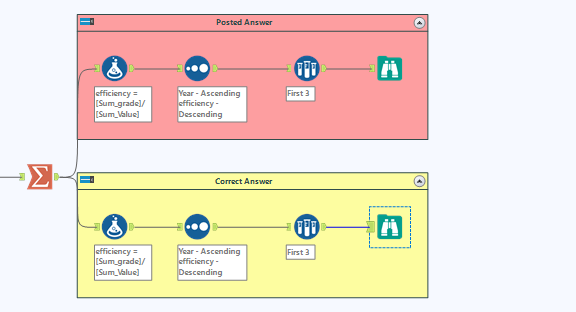 This is a good lesson in paying attention to your metadata/field types!

The attached workflow shows how both answers can be reached.

Get a slightly different answer that is killing me..... will keep looking 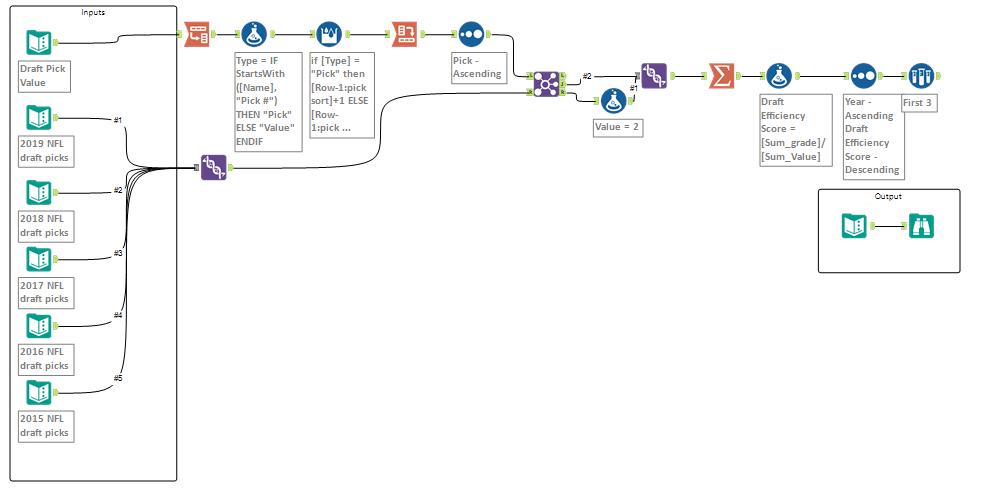 Apologies for the oversight. The corrected starting workflow has been posted! Happy Alterxy-ing!