Spoiler
I first experimented with splitting the soil ratio in columns only, but got stuck there. Thus, splitting into rows first seems to be the best way.

Attached is my completed workflow, a nice way to start a Monday as always.

This was a fun one, although I will admit it took me a second to notice that I need to convert the inches to feet!

NOTE: You get a different answer if you calculate the amount of wood chucked per tree variety and THEN try to take the average wood chucking weight across all wood types, vs. finding the avg weight of wood and then calculating the soil weight metric... so this would definitely depend on whether your woodchuck project manager was averaging out his wood calculations before or after projecting soil weight. Highlighting what I am sure is an undervalued decision-making skill among woodchuck project managers. #Monday

Took me a couple tries as I misread the instructions (I need to stop doing that). Fun challenge overall! 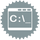 Bdonahue
7 - Meteor
Spoiler
Used a Macro to update the split on the Text to Columns tool based on the count of semi colons then split those into two columns with the soil type and relative %.  Rejoined to the original data based on a record ID and calculated the relative volume of each soil type for each room in the burrow.  Find/Replace tool to bring in the soil type and cubic foot weight then multiplied that by the relative cubic footage of the corresponding soil type per room.  I then took the sum of each room in the burrow and then the average of the 3 burrows.  I summarized the woods to an average, appended them to the single average record from the woodchuck burrow flow then did a calculation dividing the average weight of soil by the average weight of wood to give the approximate value, in cubic feet, of wood a woodchuck could chuck if a woodchuck could chuck wood. 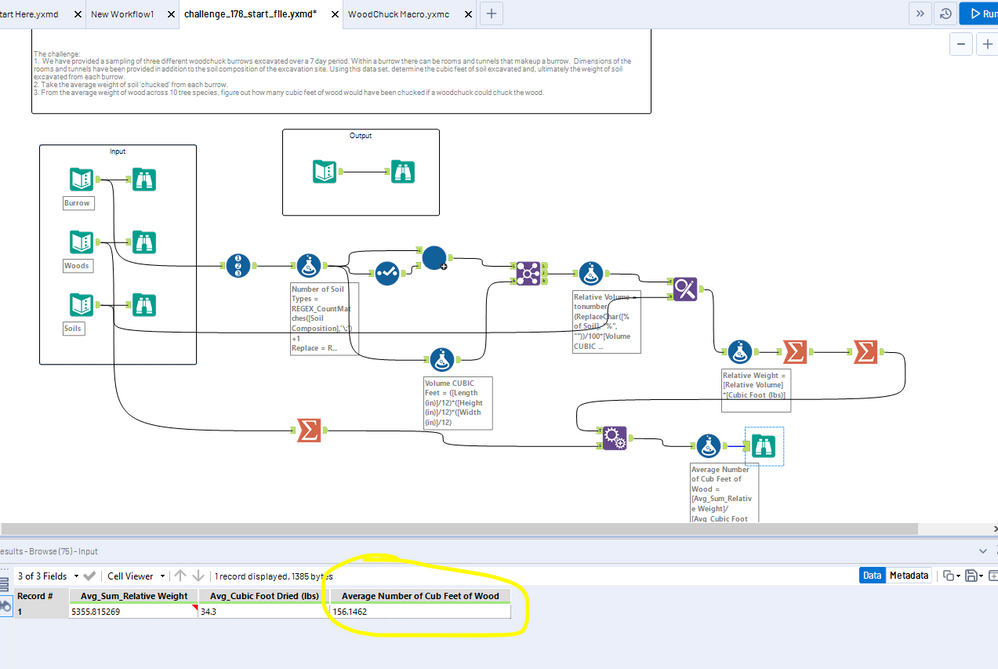 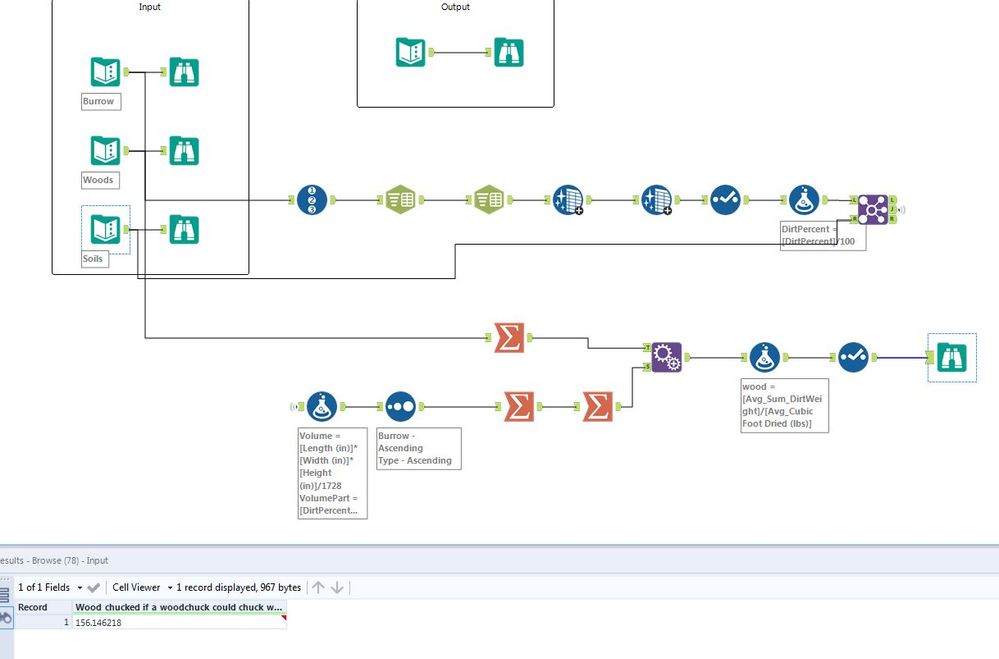 I came here to note how much I LOL'd at your comments.

Fun one; pretty straightforward.  I didn't notice the error of one line adding up to less than 100%, as pointed out by previous posters.  But no need to angst; my result matched the answer.  😉