Also, this workflow (with the addition of a couple unnecessary Select tools) lended itself quite nicely to a goalpost layout. Sooooo... I went for the 2-point conversion. :) 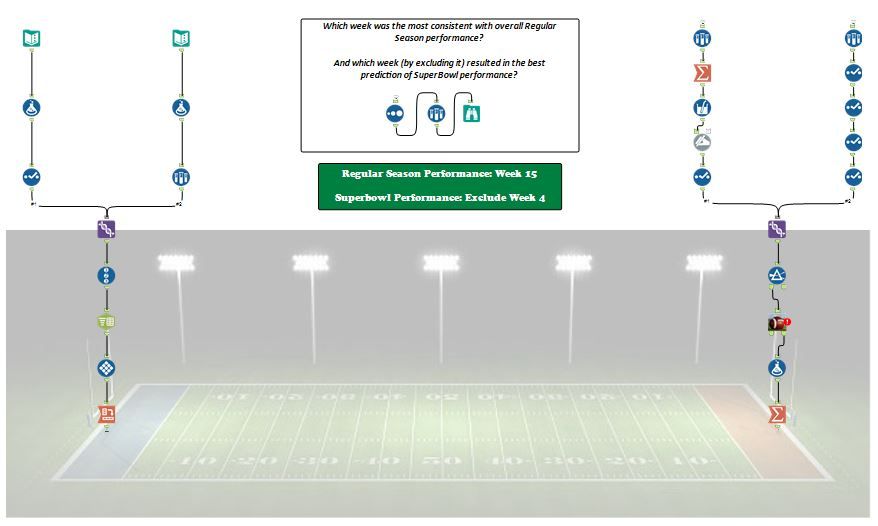