Welcome to the Tampa User Group

Hello everyone! Thank you to all who attended the Q1 2017 meeting. We had an excellent turnout with great content! The presentations were led off by DataRobot and capped off by VeraData.

I have attached the Alteryx For Good and Alteryx Grand Prix files for anyone interested in participating to helping out the community and forming a team for the Grand Prix at Inspire 2017. Please let me know if you are interested and stay tuned for the Q2 meeting details. 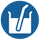 JamieCraighead
5 - Atom
Thanks! I am using Alteryx for Good at UCF in my Data Driven Decision
Making Courses. I am not familiar with the GrandPrix
Reply
2 Likes
Share

JamieCraighead
5 - Atom
Thanks! I am using Alteryx for Good at UCF in my Data Driven Decision
Making Courses. I am not familiar with the GrandPrix
Reply
0 Likes
Share

Glad Alteryx For Good is working great for you! The Alteryx Grand Prix is a competition 3 people (drivers) form a racing team to compete through data analytic challenges at Inspire. It's a fun team building experience!

Thank you everyone for making this last meeting very successful.

WHO WANTS FREE INSPIRE TICKETS? The team mates on the top 3 final teams will each receive free admission to Inspire Las Vegas.

We only can submit in 3 names for our Grand Prix team, we will accept Grand Prix submissions until Friday, March 17th, 2017.

We invite you to take part in an annual tradition at Inspire known as the Alteryx Grand Prix. Historically, the Grand Prix was a “racing competition” pitting Alteryx users from across the world against one another in an analytics race to solve business problems faster than the rest of the competition.

This year, the Grand Prix is receiving a makeover with a new format. Instead of one driver, three drivers will form one super racing team representing each local Alteryx User Group.

Each driver will represent one of three specialty topics: Favorites Categories, Spatial, and Predictive. Once our team is identified they will go head-to-head in the Qualifying Round against other User Group teams. The top three teams will advance to the final round. In the final round each person will contribute by completing a portion of a project. Each team will present their project for final judging by Alteryx users on Community and announced at Inspire Las Vegas. Be prepared for some hairpin turns, burn outs, and (maybe) crashes!

If you are interested in accepting this challenge, please respond to this thread and say "Count me in!"

Week of April 3rd:  Teams participate in a 30 minute Qualifying Round via WebEx

April-May 29th: Final teams work on project to present in person at Inspire on June 5th

So, do you have what it takes to be the winning User Group team?