Ask questions, connect with other conference attendees, and share your experience.

Keynote Speakers Announced - It's time to get excited!

You may have seen an email earlier this week come through, but I want to share some exciting announcements here for everyone that may have missed the message.  We've announced some of our keynote speakers for our event, and you do NOT want to miss them.

First off, we have Emma Gilmour - if you follow Formula 1 (or just like really awesome people and stories) then you'll be super excited for this one. Emma is the first female driver for McLaren Racing, so she certainly knows a few things about breaking barriers. This keynote will be a conversation between Emma and Alteryx Diversity & Inclusion Director Charita McClellan - both impressive women that have had to deal with odds that might not have always been in their favor and how they charted their own paths to success.

The second (and no less impressive) keynote speaker announced is Alexis Ohanian. Chances are you know the name, but if you don't he's done some pretty cool stuff. Like co-founding Reddit (one of the largest online communities in the world), founding Seven Seven Six, and also being married to Serena Williams.  No big deal or anything, not an intimidating list of accomplishments at all. Alexis will be speaking with Paula Hansen, Alteryx President and Chief Revenue Officer, about democratizing data and the ability of it to empower people everywhere, problems that can be solved, and how to get there. 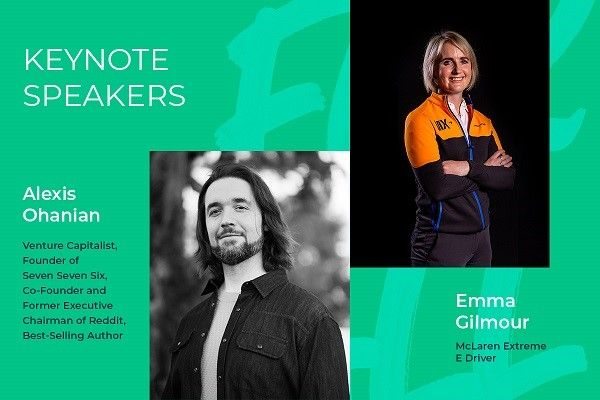 These are some of the biggest names around, and we can't wait to hear what they have to share with us at Inspire! Having the opportunity to hear from people like this AND get to hang out with your favorite Alteryx friends at the same time? That's GOLD.

If you still need to register for Inspire, what are you waiting for?  It's fast approaching and you can still get in, just click here. And with these new speakers, what are you most excited to hear from them?  Share in the thread below!

So looking forward to it.