Learn more
I AGREE
Reject
Welcome to the new SparkED Group Hub. Before you get started, check out our new program overview video
community Data Science Portal Alteryx.com
alteryx Community
Sign Up Sign In
Search
Turn on suggestions
Auto-suggest helps you quickly narrow down your search results by suggesting possible matches as you type.
Showing results for
Search instead for
Did you mean:
Close
Free Trial

LOOKING FOR A LICENSE? 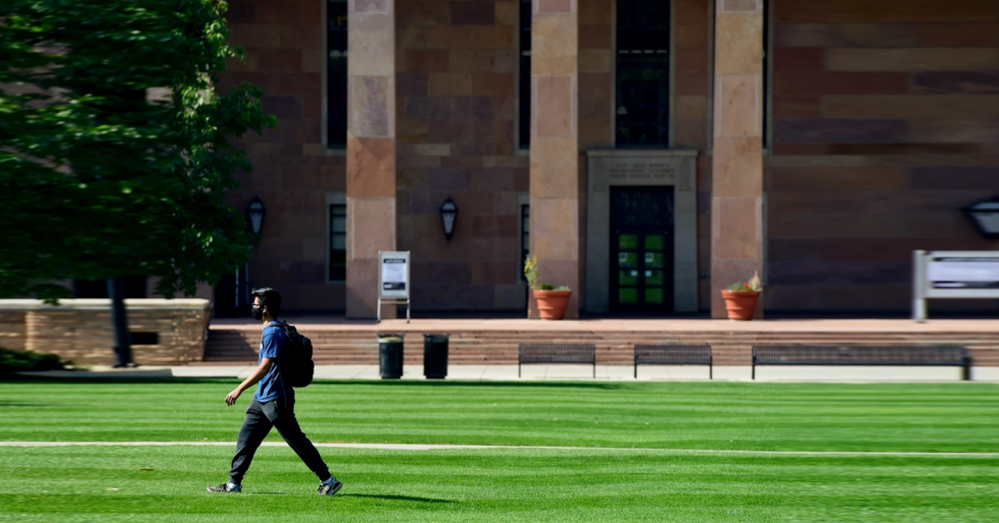 By the time students complete his Business Analytics course, Kai Larsen, associate professor of Information Systems, Leeds School of Business at University of Colorado Boulder (UCB), wants them to be prepared for a lifetime of exploring real-world questions.

“I view this class as an antidote to just accepting what you are told,” says Larsen. “My goal is for students to be capable of asking intelligent questions — to develop a hypothesis about what’s going on and then test it using the latest analytic technologies.” —Kai Larsen, associate professor of Information Systems, Leeds School of Business at University of Colorado Boulder (UCB)

One of those cutting-edge tools is data science and analytics software from Alteryx, which Larsen has used in his Business Analytics curriculum since 2015. He covers all aspects of core building blocks, which students then apply in aggregating and evaluating multiple layers of data to solve various business challenges throughout the semester.

Since spring 2020, Larsen also has assigned his students to take the Alteryx Designer Core Certification exam as further validation of their data analytics skills. More than 100 of them have passed this online test.

Although earning Alteryx Core Certification isn’t Larsen’s primary goal for his students — and only counts for about 20% of their overall grade — "the exam seems to work as a motivator for many,” he says.

“The many messages I get saying, ‘I passed!’ with all these emoticons is pretty encouraging to me.”

In addition, the students’ success “allows me to evaluate how well I'm teaching these skills,” Larsen says. “I treat the Alteryx Core exam as one of the criteria that I’m trying to reach.” By introducing an external criterion of success that is beyond his control and always changing, he sees an opportunity to hone his teaching skills and materials.

Beyond the value that comes from adding this certification to their resumé, Larsen says he mainly wants UCB students to experience how tools like Alteryx can support and extend their critical thinking. “I'm trying to teach them, at every step in their problem-solving process, to think: ‘What was this tool supposed to do to my data?’ and then compare what the data is telling them with their idea of what it should look like,” he says.

“Alteryx is one of the best tools out there for that initial part of the process,” says Larsen. “And where it really shines is when you’re doing ad hoc analysis. In my experience, you can develop and run a workflow about 400% faster using Alteryx compared with other analytics technology tools.”

Larsen first learned about the Alteryx Analytic Process Automation Platform in a meeting with company co-founder and former CEO, Dean Stoecker. “He asked me, ‘Why don’t you teach using Alteryx?’’’ Larsen recalls. “Well, a lot of companies ask me to teach using their tools — so I’m a very skeptical person.”

His skepticism began to fade after a quick demonstration of the software. “Dean took me through the process of analyzing data in Alteryx, and I was impressed,” Larsen says. However, he still wasn’t convinced that the platform would be intuitive enough for non-technical students to use.

“So I installed the software back at school and asked one of my students to go make sense of it,” Larsen says. “He sat down with Alteryx for an hour and actually got how it works.”

UCB received free Alteryx Designer software licenses for the Data Analytics course through Alteryx for Good, a program that supports education institutions in using this technology to elevate their learning paths. Alteryx for Good provides an array of support along with the free Designer licenses for students and educators. Also, anyone can take the Alteryx Certification Program exams online at no cost.

The intuitive simple to complex data management tools within Alteryx allow Larsen to teach higher-level analytics skills in a way that doesn’t require students to have sophisticated programming experience.

“I'm able to cover the whole gamut of data transformation and still have enough time left at the end of class to introduce some advanced machine learning concepts,” he says. “The best students are able to do PhD-level work while still in my undergraduate class.”

Inspired by what the software can do in a classroom setting, Larsen increasingly uses Alteryx to support his own research on natural language processing, machine learning and the predictors of human behavior. “It allows me to think more clearly about the steps that I want to apply to a data challenge,” he says. “I also find that an Alteryx workflow is way easier to come back to half a year later and evaluate what you’ve been doing.”

“Alteryx has created tools that simplify a number of steps involved in pulling together multiple data sources and summarizing the results,” Larsen says.“You get clear and descriptive statistics for analysis.”

Some of Larsen’s former students have gone on to earn Alteryx Advanced or Alteryx Expert certifications while still enrolled at the university. Many others, such as former UCB students Zach Dorf and Rachel McKenna, are using their knowledge of Alteryx daily in the business world.

“As someone who is a more visual learner, and someone who loves data, Alteryx has been a perfect fit,” says Dorf, who co-founded a startup that sells personal protective equipment after he graduated from UCB in 2020. After initially using Alteryx to speed up routine tasks — such as formatting data for batch ordering, aggregating sales data and calculating key performance indicators — Dorf experienced a breakthrough when he figured out how to integrate data from Google Analytics into his company’s content management system.

“This allowed me, in Alteryx, to connect thousands of useful data points Google had collected on my customers with the data points I had on what item they purchased, where they shipped it to, and how much the customer spent,” he says. “Alteryx has also allowed me to easily communicate my analysis and discoveries to both my partner and my search engine marketing person.”

For example, Dorf recognized that customers’ purchase history and the personalized marketing messages that they received were the largest drivers of increased click-through traffic to the company’s website. “After we adjusted our marketing with this insight, our return on ad spend (RoAS) more than doubled,” he says.

“I joined a team that relies heavily on Alteryx,” she says. “Being certified, I know that I will be able to contribute.” McKenna adds that she’s excited about “joining the universe of Alteryx user groups that promote continuous learning every day."

“Getting the Alteryx Core Certification was the start of something that drastically changed my undergraduate career,” she says. “I encourage other business students to investigate the analytical power of this tool to reveal new opportunities for themselves as well.”

Larsen’s next goals include supervising two of his teaching assistants as they create new Data Analytics course assignments and support within the Alteryx Analytic Process Automation Platform environment.

“I think Alteryx could be an amazing resource for us in a lot of different areas,” Larsen says. “If you want to prepare students to be helpful in their community and able to solve problems, this is the kind of tool they should know.”