Bracket busted? No worries, it's time for the Alteryx version of March Madness!

For the next two weeks we will host our own tournament here on the Alteryx Community and you do not need to know a thing about college basketball - just about Designer tools. Voting can be found on the side of the Designer and General forums for the first round. 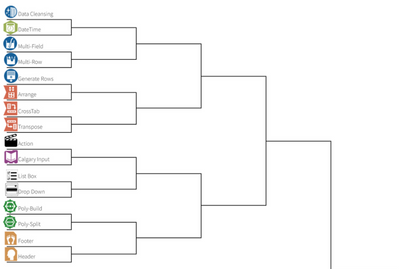 Special thanks to the ACEs for their help in curating matchups and sharing favorite/least favorite tools! 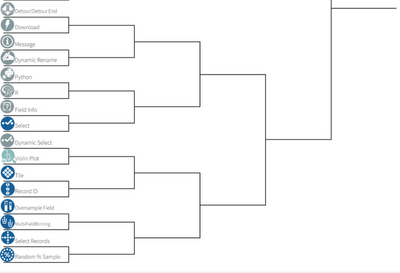 Which tool do you predict will be champion? Any matchups you found particularly difficult to pick a winner? Was your favorite tool included in the first round matchups? Sound off below!

My votes are in!

I got my votes in on both pages. Excited to follow along! 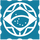 Done voting on both pages!

My votes are in! #TeamMultiRow

Boosh. There were some brutal arguments here. 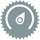 Votes are in. Looking forward to next week!

Round two has begun!! You can find the polls to vote on which tools should make it into the Elite Eight on the side of any of the discussion forums in the Alteryx Community until March 29. Attaching the bracket here so everyone can get the full March Madness experience 😁 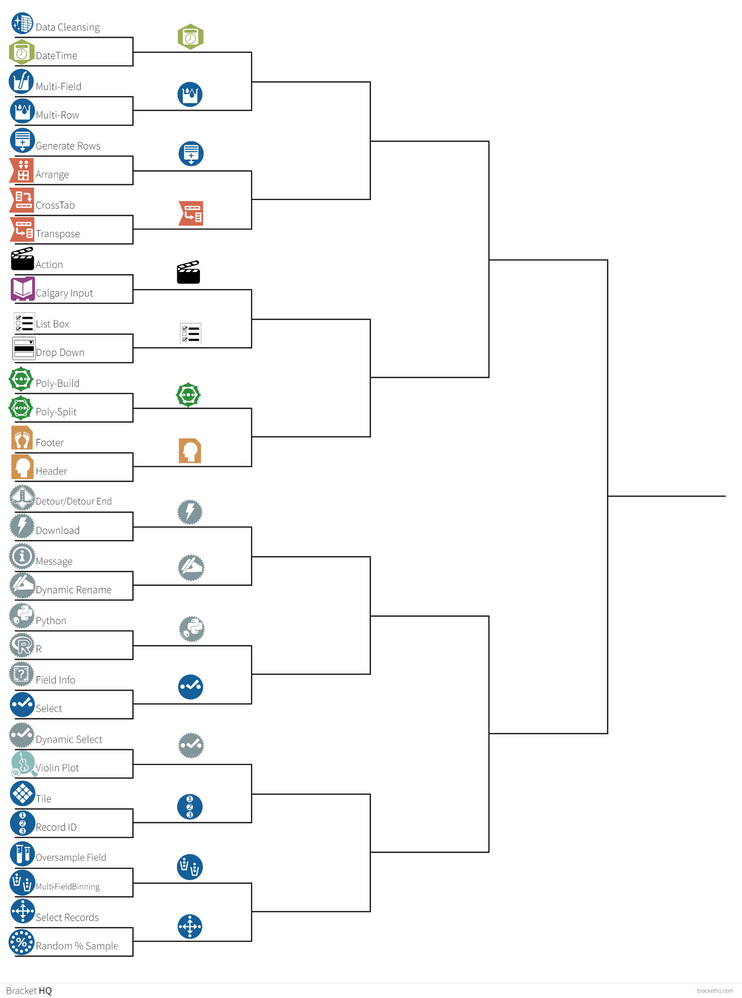