Iterative for me! Got in a pickle to start with but got there eventually!

I've also been enjoying making visualisations of these...! 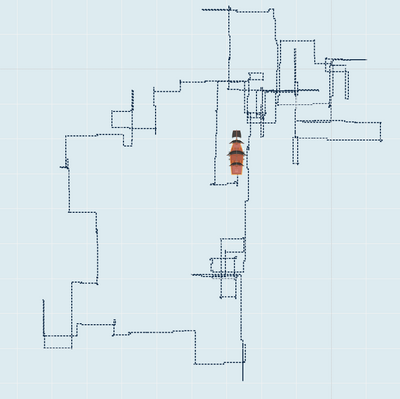 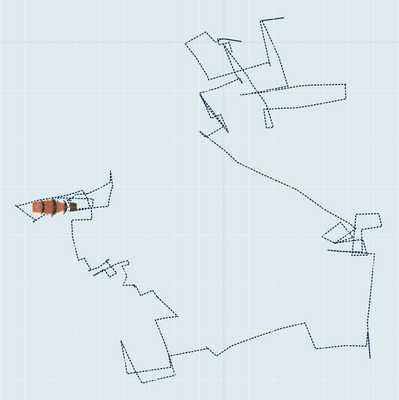 Much easier than yesterday.  Interesting way to navigate.

Multirow for part one and iterative for part 2

Quite possibly the simplest and most elegant Iterative macro I've ever written.  It effectively gives a multi-column multirow formula by calculating all the dynamic values for the current row and pasting these into the next row.

I question their navigation computer!  Here is the path: 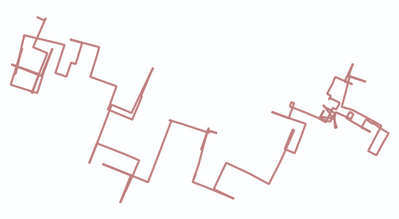 Spoiler
So obviously went spatial on part 2.  Unless you want to go the macro route, you need to fuse X & Y - so you might as well use spatial.

Still some tricks left though - The multi-row formula always produces a NULL spatial object, there isn't the equivalent of 0.  So I injected the 1st record in via a union, which also allowed me to set the initial waypoint.  But then you have to remember to detect that initial condition in the expression.  With a more complicated expression you could avoid injecting the record.

I could have re-written part 1 using spatial and eliminated a tool, but I didn't... 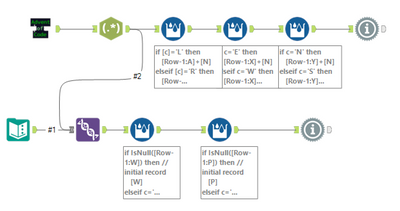 Went down the macro route but will give a try at multi-row for part 1 !

I've made more iterative macros in the last 12 days than since I started Alteryx ... 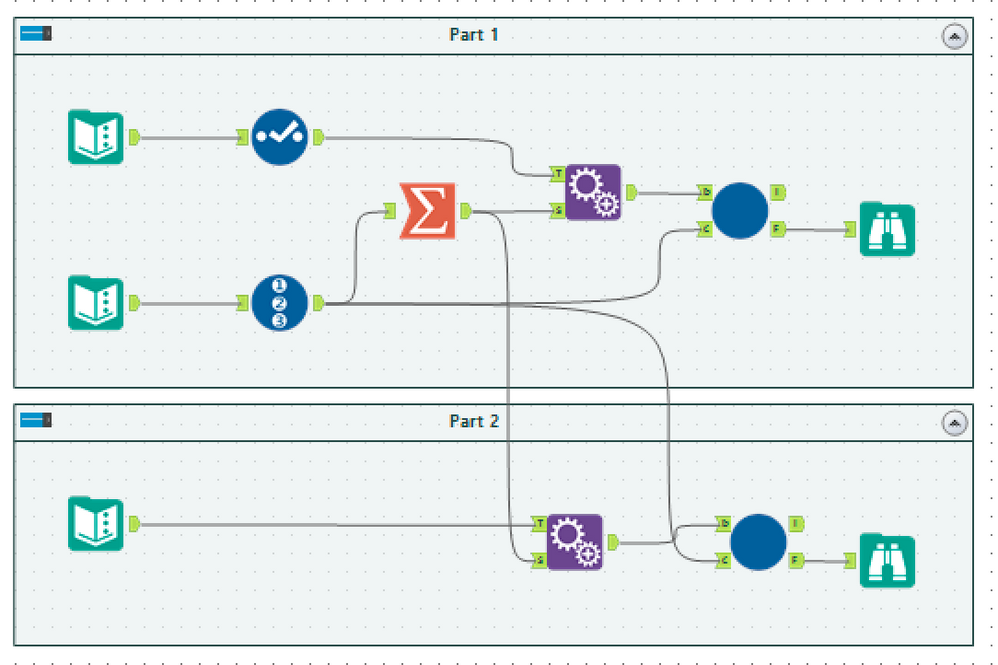 The scratch paper on my desk is really starting to accumulate. I'm pretty impressed by Part 2 the multi-row solutions people are posting.

Couldn't get the spatial to work, but will look at it later.  Realized after building iterative macro for part b could have made it simpler. 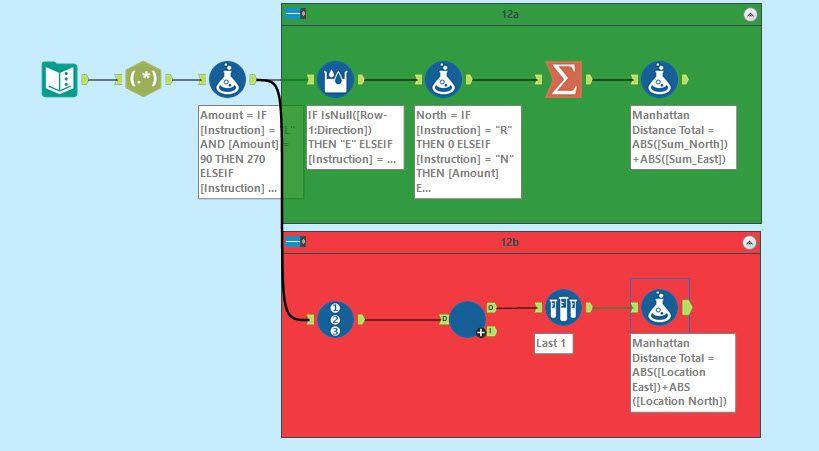