With the Rugby World Cup upon us, I took to the challenge of predicting the results of all the matches. We got our hands on over 10 years’ worth of international test data from our friends over at Opta and set about building a predictive model. Following the methodology that is nicely outlined in the How to Become a Citizen Data Scientist series, a simple workflow leveraging a linear regression model was born.

For those curious, these are the general steps I took (if you’re looking for the exact features we used for the predictions, you’ll have to wait until we see if we’re right): 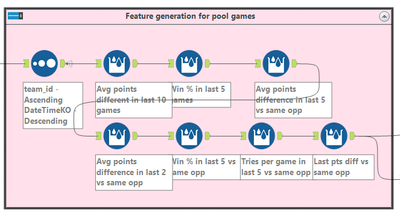 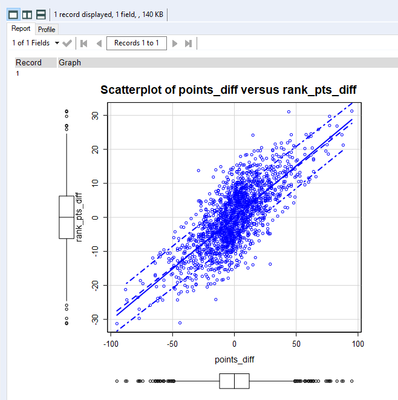 The reporting output showing all 40 Pool games and the predicted winner and winning margin is shown below. Note: kick-off times are shown in UK time (GMT+1).

Stay tuned for when the knockout stages come around as I will be running the model again to predict the final stages and the eventual winner of the tournament!

Have your own predictive model?  Share it on this thread and we can test our predictive powers together!

Interesting! I'm pretty sure we will see a few upsets that your modelling didn't predict??

What do the group tables look like if all of the above plays out?

Did you include any bookmakers odds as a variable?

Interestingly @joe_lipski, Jim Hamilton said outright at the event last week that he reckons there will be no upsets (a la Japan against SA) this time round.

However it's tough to imagine that there won't be any results that go against what the historic trend says. You look at Wales and Ireland and they're just not in the shape that their results over the last year or so would suggest - Wales could easily slip up against Fiji.

Who's your money on?