Alex Engler, Brookings Institution research fellow and data scientist, walks us through the present and future state of public policy regarding AI. We explore how policy, ethics and innovation interact, and what that means for data scientists' everyday work. 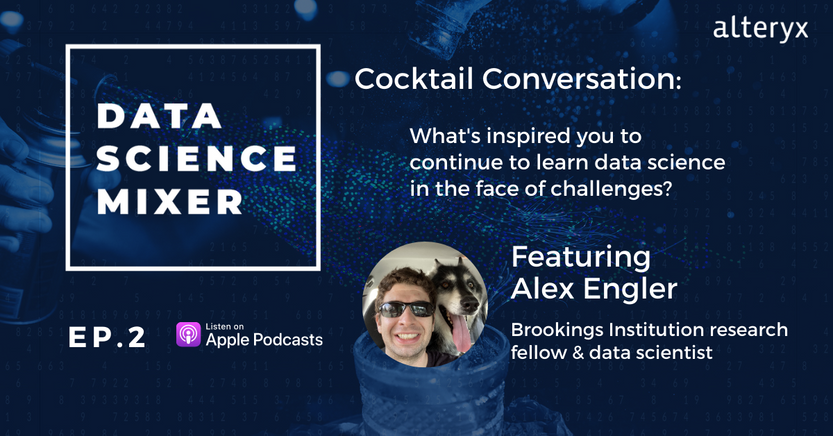 Alex told us that he wasn't super excited about some of the things he had to learn early in his data science studies, at least not until he found ways he could apply what he learned to the issues he cared about and connected with a community of like-minded people.

What's kept you going in data science, even when the going was rough? What's inspired you to continue to learn in the face of challenges?