Renee Teate shared her career move into data science publicly through social media and her podcast, Becoming a Data Scientist. Today, Renee — now director of data science at HelioCampus — joins us for a special video episode of our Data Science Mixer podcast to share her experience and advice for others who want to deepen their data science knowledge and advance their careers. 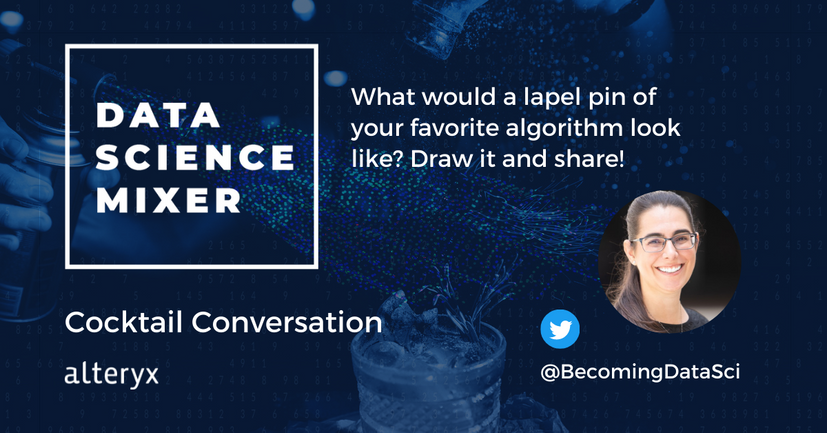 During the interview, Renee mentioned the random forest algorithm was her favorite, and @SusanCS mentioned how fun it would be if everyone had a little lapel pin to show off their favorite algorithm!

This episode of Data Science Mixer was produced by Susan Currie Sivek (@SusanCS) and Maddie Johannsen (@MaddieJ).
Special thanks to Ian Stonehouse for the theme music track, and @TaraM for our album artwork.