Welcome to the Boston User Group 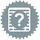