This article was co-authored by William Davis (@wdavis) and Luke Minors (@LukeM).

Buzzwords and phrases like big data, artificial intelligence and digital transformation are thrown around a lot these days – it's quite often hard to sort the wheat from the chaff. There is, however, no hiding the influence that data has had on the world of professional sport in the last two decades.

Whether it is the now-famous Moneyball scenario with Billy Beane and the Oakland A’s, Dave Brailsford and his Marginal Gains approach for British cycling or data driven scouting in European football by clubs such as Liverpool, Brentford and FC Midtjylland – more and more examples keep cropping up.

This led us at Alteryx London to start thinking about how we can marry our passion for sport, with an analytical mindset and access to the market-leading analytic process automation platform. With a bumper line-up of sporting spectacles coming up this year and next, now seems a fantastic time to delve deep into the world of analytics in sport!

Keep an eye out for all to come as we look to understand the role that data has on the sporting world, how we can leverage Alteryx to discover and learn more, and what lessons the Alteryx Community can take from the competitive sporting arena and into their day jobs. Check out this page for upcoming events and content.

What a great place to start! This summer plays host to the delayed European Championships - Europe’s international football competition – more commonly referred to as The Euros. (For our friends over the pond, this is the 160 year-old game-with-a-round-ball that you refer to as soccer.)

The trophy is contested by - yes you guessed it – countries in Europe (no, not just the EU – the UK is still involved), with games typically held in just one country. However, with it being the 60th anniversary, they decided to host a ‘party all over Europe’ and so matches will take place in 11 different cities: Rome, Baku, St-Petersburg, Copenhagen, Amsterdam, Bucharest, London, Glasgow, Seville, Munich and Budapest. The format of the competition is thus:

Check here for a good old fashioned wall chart – that should clear things up. The groups look like this: 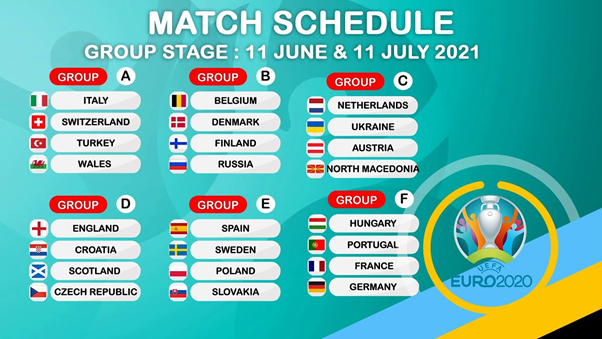 Who is going to win?

This is the question that we all want to know the answer to…because wouldn’t live sport be brilliant if we all already knew the results!? Over the coming weeks we will be doing our best to help get to that answer with predictions and advanced analysis.

Our first webinar will be on June 10th, where we will discuss how anyone can go about predicting the result of a match. We will be talking through the process in Alteryx and providing you all with a framework to work your own magic. This is the sort of thing bookmakers will be doing on a daily basis but to a significantly more complex degree (we imagine - our customers from the gambling industry are particularly secretive so forgive me some assumptions here).

Complex models are run regularly, taking in incredible amounts of historic data, not just on past performances, results and trends but also accounting for localised betting trends. But at the end, all they are looking for is a likelihood of one result versus another. Have a look below for what they are currently thinking with regards to the upcoming tournament: 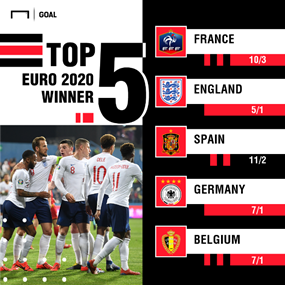 This is all very good but across the last 3 Euro tournaments, under 50% of all matches were won by the favourites. This seems like a very low number – but it does set the bar low for our predictive model building adventure!

And how do I get involved?

Head over to the sign-up page for the first Analytics in Sport webinar and put your name down. We are looking for lots of Community involvement, ideas, opinions, and contributions – so comment below on who you think will win and keep an eye out for hackathons and discussions to come.

We have also set up a Fantasy Football league for the Euros tournament. This should encourage a little (non-analytic) competition amongst the Alteryx Community to battle it out across the tournament. Sign up a create a team here and use the code 12WFWVJC09 to join the league. There are Alteryx Swag kits up for grabs so get your Optimizer tool out and start selecting your squad! 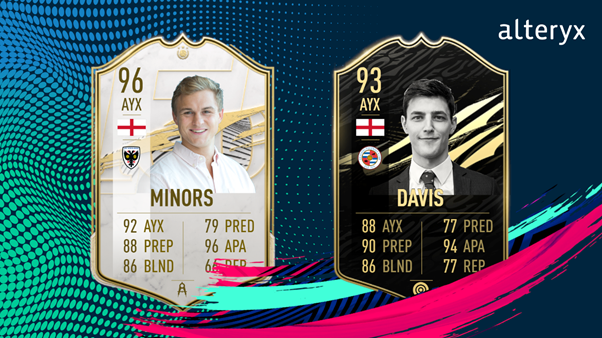 Will Davis (@wdavis) – Will is a Solution Engineer at Alteryx, where he has been for over two years, with a passion for helping solve customer problems and finding anyone who will listen to him talk about his beloved Reading FC.

Will is a huge football fan and when he’s not building workflows, he’s breaking up play as a midfield general. Kanté is well known to base his game around Will’s style of play.

An optimistic individual, Will has once again predicted England to win a major tournament. “It’s definitely coming home this year.” If not England, then he is rooting for North Macedonia as one of only two teams to never compete in the European Championships and loving the underdog story.

Luke Minors (@LukeM) – Luke is a Customer Success Manager at Alteryx. The James Milner of Alteryx, he has demonstrated his versatility to perform in every capacity, both during his two and a half years working at Alteryx and in his previous life as a data analytics consultant.

His background in rugby paved the way for his direct and bullish approach to the football field. He can be found causing havoc on the hallowed turf of the Finsbury Leisure Centre in London where he scored that hattrick in Alteryx’s internal Wednesday 5-a-side.

Having watched Bruno Fernandes carry Man United through an entire season, Luke thinks Portugal have a good chance of taking the title home and in doing so win the tournament back to back, as Spain did in 2008 & 2012.

How does the Alteryx team match up? 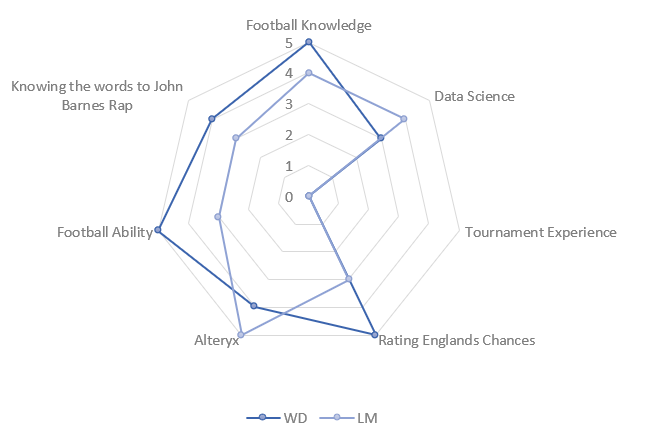 "Knowing the words to the John Barnes rap" 😂

"Love's got the world in motion and I know what we can do..."

@Joe_Lipski - you must have some good content for the Analytics in Sport series...what you got for me?

Nothing too hot recently from me unfortunately @LukeM, but I know that @andyuttley is crushing out some awesome golf analysis recently which might make a good post with the US Open & The Open coming up soon. 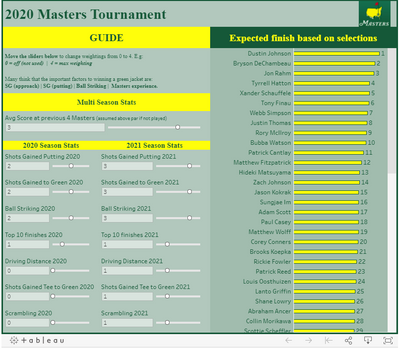