Overview of Use Case
Learn how Aetna used the Alteryx platform to launch robotic automation tools for their internal audit department. The company changed the face of their internal audit practice, saving millions of dollars in potential claims overpayments, strengthening their internal control environment to mitigate existing and emerging key risks, and saving their audit team five to eight days per audit
Describe the business challenge or problem you needed to solve

The Analytics journey at Aetna began with a vision from leadership to incorporate data within the traditional process to remove inefficiencies and reduce the amount of time and effort required to conduct an audit. Internal audit processes are time consuming, tedious and very labor intensive.

The Pain Associated with the Traditional Audit Process

In a typical company, the audit process starts with risk monitoring activities on the macro level and then drilling in to understand how these risks are affecting processes within the company.

The first pain point in any audit is making the auditors understand your processes, as they are not subject matter experts in your business. They are risk and control experts. It is essential is to equip auditors with data, so they can assess which risks which are inherent to your business process.

The traditional audit process is manual takes from two to six months, depending on how complex the process.  It needed to be automated to drive efficiencies.

Aetna has established a data analytics integrated audit processes. This includes, but is not limited to:

The Data Science team uses Alteryx to build out risk models. These models produce a list of the riskiest transactions. Instead of testing a sample of the population, Alteryx has allowed Aetna to test all 10 million transactions to ensure they address all risk.

The team used Alteryx to create an application that reports on audit plans. Leadership wanted insight into where audits were occurring and how resources were being structured.

The Data Analytics team used Alteryx to create an application for their semi-annual audit plan. This audit plan typically shows the number of audits in process, what area of the business they are in and assess high or low-risk. The report is readily available to the internal audit management and executive leadership teams.

Alteryx allows the leadership team to look at variables associated with each audit at any point in time. For example:

- How many issues were there?

- What is the completion date of that?

- What is the management action plan?

- What is the status of the completion of that issue?

The leadership team is using Alteryx to determine which resources are the best fit based on expertise and availability.

- The entire population is tested rather than sample testing, allowing for higher assurance on accuracy and completeness.

- When reviewing claim payments using a sample of the population you may miss a trending issue. However, when testing an entire population, you will be able to zero in on the problems and address them, such as overpayment on specific claim types.

Each quarter, the Data Science team performs six to eight audits. Before Alteryx, the team would spend five to ten days building a dashboard for auditors to better understand their data. Today, the Data Analytics team uses Alteryx to provide process insight to auditors before the actual claims process begins. 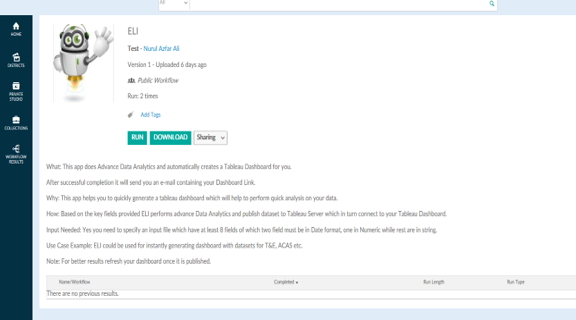 - Aetna established a self-service analytics server with Alteryx that is called ELI Robot. The ELI Robot has removed the need for the data science team to create dashboards for auditors. Auditors can now use the self-service dashboard for any information on the current audit. Everything is entirely automated, and the data science team no longer needs to be involved in the process. The dashboards are built in under five minutes and the user receives the information via email in near real-time.

- Alteryx has been able to save the Data Science team roughly 20-30 full-time employee hours per project.

In summary, Aetna has experienced several benefits by incorporating data into the audit process. Including, but not limited to:

Aetna is now performing continuous auditing by automating end-to-end process review instead of the manual six-month process. Previously, when Aetna would go through an audit, they typically would not revisit the business process until nearly three years later.

Any issues with the process would go undetected during that entire time.  Using the continuous audit model with Alteryx, the team can monitor transactions monthly and address issues immediately, diving a higher confidence in their process and significant cost savings in paying incorrect claims. 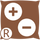 It's nice to read about the way the Aetna Internal Audit is utilizing Alteryx.

We are looking for efficient ways to prove that the Alteryx workflows are (a) designed efficiently; and (b) are not inappropriately changing from one run to the next.

We imagine, as Alteryx's use is expanding, we are not the only ones struggling with these questions around accuracy and completeness which are always top of mind.

We are in the beginning of our journey and are looking to hear what approach others are taking. How do you guys manage proving that workflows are providing accurate and complete results? 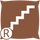 Appreciate your curiosity to know more about Alteryx.

1. The sanctity of the solution lies in producing consistent results and the solution is fully transparent to show you each logical step with input and output.

2. Considering that you are looking specifically from internal audit and need to ensure any tweaks in the logic, you can even encrypt the workflow so that users can run but not edit it. Giving better control and confidence to audit teams.

Feel free to reach out in case you want to explore more in detail.