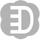 The Arapahoe County Government is using Alteryx Designer to match criminal justice data from a variety of sources. Todd Spanier and Kally Enright elucidate on how Alteryx has helped them to nail their researches and to level-up the discussion about criminal justice reform.

Describe the business challenge or problem you needed to solve
The criminal justice industry is woefully behind other industries in data analytics. This may be due to the fact that it is populated mostly by the public sector, or because criminal justice data is confidential, or because criminal justice agencies are siloed and prickly about sharing their data. Achieving research goals in my position is dependent upon securing reliable data and matching it to other data sources, by individual, to determine what the actuarial risk of a set of jail inmates is, for instance. Excel and other data analytics software has some capability to join data, but it is highly constricted as to acceptable formats. This is where Alteryx comes in!
Describe your working solution
In order to match criminal justice records from court filings, District Attorney charge data, probation, pretrial release, community service, municipal courts, and department of corrections, we use the Join tool. This allows us to join data from several sources on common fields, such as name and date of birth. If the data isn't formatted the same or correctly, we use the Data Cleansing tool. Later releases of Alteryx Designer include the ability to do predictive analytics right on the workflow, rather than exporting to R. Most of our work is Ad-Hoc, so designing a repeatable workflow is not practicable. However, new workflows are so easy to set up, that we have little need to schedule repeatable workflows. That too is a testament to how revolutionary Alteryx Designer has been for our research. 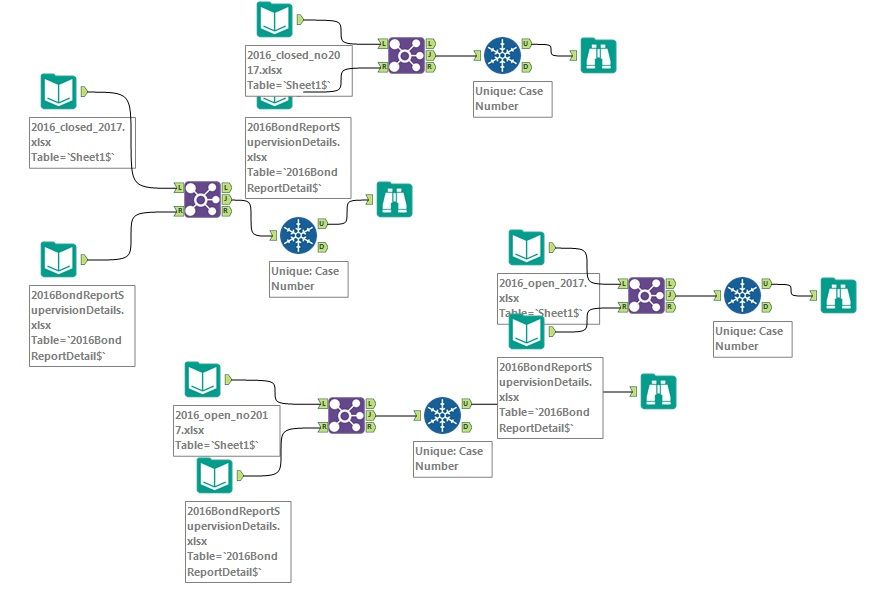 Describe the benefits you have achieved
I work for a department which is not well resourced in IT. Through an associate, I heard about Alteryx and then, by chance, clicked on the Alteryx for Good link. I submitted a quick application requesting a license. Within hours, someone from Alteryx for Good requested more information and by the end of the day, I had a license and a second one for my partner. This is when everything changed!
While previously we had to tell our customers, all criminal justice agency practitioners (County Sheriff, the District Attorney, Probation, Pretrial Release Services, the Courts, mental health agencies) that certain research simply could not be accomplished due to the inability to join data from disparate sources. With the use of Alteryx Designer, we revolutionized criminal justice data analytics at the local level.
Alteryx Designer has helped us with several projects which had previously been impossible: we matched pretrial risk assessment scores to 'failure to appear' warrant filings and new criminal court filings to validate the risk assessment tool that our jurisdiction had been using for almost a decade. We evaluated the effect of a change in bond guidelines issued by our chief judge. We matched jail behavioral health records to criminal filings to identify a group of low risk high needs clients who were in need of special case management, then used research produced through Alteryx to argue for the funding and implementation of a revolutionary pretrial supervision program. We assessed racial disparities in probation outcomes in three judicial districts around the state. We matched juvenile criminal justice filings with municipal court filings and adult filings to develop a juvenile-justice involvement prevention program. We have used our research to help legislative committees draft criminal justice reform legislation. Alteryx, and particularly the generosity of Alteryx for Good, has given us the tools to change criminal justice policy in a direction to help those who need it the most.
No ratings
Labels:
5 Likes
Share
Comments

Great use case thanks for sharing!