Learn more
I AGREE
Announcing Alteryx + Snowflake | Alteryx and Snowflake make analytics and data science fundamentally easier. With the new integrated starter kit, you can push down data prep transformations and more into Snowflake for faster data quality and analytics output. Learn More
community Data Science Portal Alteryx.com
alteryx Community
Sign Up Sign In
Search
Turn on suggestions
Auto-suggest helps you quickly narrow down your search results by suggesting possible matches as you type.
Showing results for
Search instead for
Did you mean:
Close

Join us this May for a multi-day virtual analytics + data science experience. 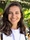 Having grown from a family-owned business to one of the largest mattress manufacturers in the United States, Corsicana Mattress wanted to improve efficiencies across the enterprise. Ramzey Zbeida and the logistics team created a spatial analysis to realign facility assignments and optimize shipping routes. They estimate an annual saving of $5 million and over 250 metric tons of CO2 emissions annually.

Corsicana Mattress Company is celebrating its 50th anniversary this year. It grew from a family-owned business in a cottage industry to one of the largest mattress manufacturers in the United States. Like many firms experiencing rapid growth, efficiency was not as high a priority as serving the needs of Customers and delivering on commitments to maintain their hard-earned trust. After being acquired by private equity, attention turned to increasing efficiencies across the enterprise. Given the nature of our product, freight is costly. Our loads always cube out before they weigh out. The Logistics team explored every possible option to reduce fixed and variable freight costs, but were limited by their analytical capabilities.

As a leader in the Analytics team, I was more familiar with our data than most. I had seen instances of orders being fulfilled out of a plant that was not the default facility for the Ship To location in question and had to account for this in my analysis and reporting. In some cases, this was done to avoid delays due to material availability or capacity. However, in other instances it was apparent that every order for a Ship To was being manually reassigned to a facility other than the location’s default. Upon further investigation, it emerged that our schedulers knew a Ship To had been improperly assigned, but instead of the assignment being corrected they manually reassigned each of the locations’ orders to the optimal facility.

In the case of returns, however, the schedulers were not involved in setting appointments and so a truck would be sent from the default facility to make a pickup. Since this was also a manual intervention, schedulers did not catch every order so in some cases the shipment would be routed through a facility potentially hundreds of road-miles further away. Even though Logistics knew these errors in facility assignments were costly they had no way to audit default facility assignments without manually checking Google Maps for driving distances, until we began using Alteryx.

The solution to this challenge emerged through an iterative process in cooperation with our Logistics Director. After a meeting in which we discussed Logistics cost savings initiatives, I asked about this problem I had noticed with facility assignments. The team was aware of the issue and implemented process changes to ensure that all new Ship Tos were assigned to the default facility that was closest. However, when it came to auditing the facility assignments of the more than 25,000 Ship Tos in our system, the team saw this as beyond their capacity. Thankfully, this process was ripe for automation by leveraging the point-to-point driving distance calculation capabilities of Alteryx.

The first step in our journey involved assessing the scope of the problem. We geocoded our facilities and the locations we ship to and used the Find Nearest macro. By selecting a driving distance metric as the criteria for finding the nearest facility, we generated a list of the closest facility for every Ship To. When comparing this list with our existing default facility assignments, it was clear that we had potentially thousands of incorrect assignments.

Narrowing the scope and defining the impact to capacity utilization at each facility were the focus of the second phase of our analysis. To get buy-in from leadership on realigning facility assignments we needed to be able to speak in concrete terms about impacts. To do this, I filtered out prospective default facility reassignments where the distance savings between current and proposed default facility were relatively small.

In these cases, labor rate differentials between facilities could have swamped the freight savings. We also wanted to limit the volume we would be shifting around the network. To enable this we blended in stats on the number of orders shipped to each location that had traveled further than necessary over the prior 12 months. In the end, our analysis resulted in a list of potential default facility reassignments ranked by their savings potential. We could estimate how many road-miles would have been avoided over the preceding 12 months if the location had been serviced from the facility we were recommending. Most importantly, when our COO decided we needed to close one of our facilities we were able to simulate this by filtering the facility from our analysis to identify the optimal way to reassign the locations that were serviced by the defunct plant.

The impact of the spatial analysis workflows we built to support this initiative is still unfolding. As changes occur or simulated impacts of network changes are requested, we revisit them and reuse them as appropriate. Being able to tap into the location intelligence capabilities typically only accessible to large multinational corporations has been highly impactful. Especially throughout the past year when disruption was so widespread, it became vital to be able to quickly understand the impacts of shifting volume from a facility that had to suspend operations due to local COVID restrictions.

We have not yet conducted a retrospective analysis to determine realized freight cost savings and we did not implement all proposed default facility reassignments. The primary reason was the need to operate within capacity constraints. However, the analysis was sound and if we were able to perfectly realize all the savings identified we estimated it would mitigate up to 2.5 million road-miles on an annual basis across the network. Even at a conservative estimate of $2 per mile, this would translate to an annual savings of $5 million.

More importantly to me, given that I worked on a year-long GHG mitigation policy project while a graduate student at the LBJ School of Public Affairs, as a member of the transport sector team nonetheless, this could have mitigated substantial CO2 emissions. By my back-of-the-envelope calculations, over 250 metric tons annually. This is power of analytics: to expose inefficiency and identify opportunities to revisit assumptions. By keeping an open mind and methodically pursuing continuous improvements, we can alter outcomes once taken as given.