We get a turn file, which is a CSV file, and it's a schedule report. For example, it shows that an aircraft is going from JFK to LAX, sits for an hour in LA and then it's going back to JFK. What does it do after JFK? We don't know. This turn file has no way of linking those two together, which is what we need to be able to analyze it properly. So, what we want is the line of flight which is a linear view of flights that an aircraft is scheduled to make. We need to create that line of flight into a data format. 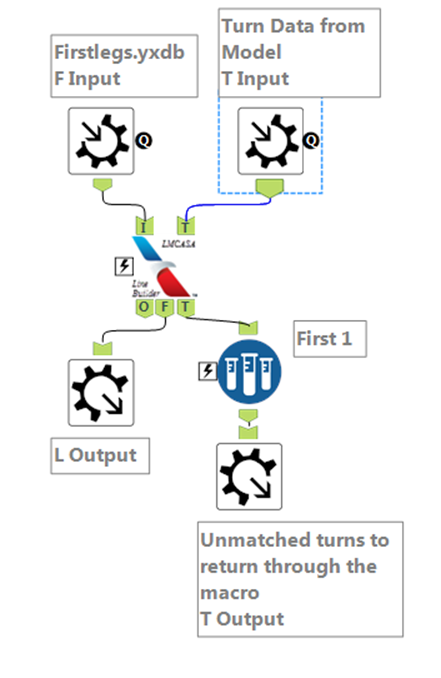 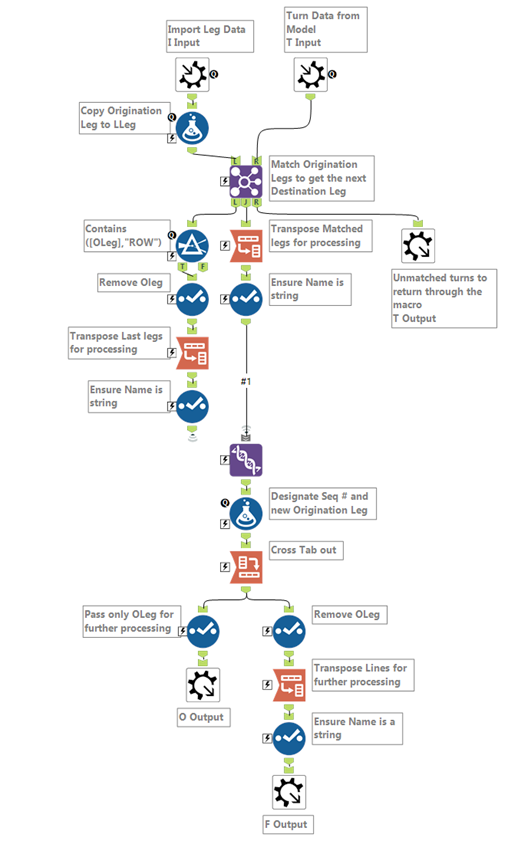 The batch macro will run multiple times in one workflow. It runs one time for each record that's input into the batch macro and it creates an output after each run. It can improve your performance by grouping inputs into the workflow. For example, if I'm noticing that my workflow is taking a long time because I'm running all the data for all 27 aircraft at one time, I can use a batch macro and just put in one aircraft at a time so it's only running a little bit of data through the workflow. If you're from the programming world, this would be like your for loop.

The iterative macro runs until a condition is met. In the programming world, this would be your while loop. For each record that meets that condition, flows back through your workflow, and if it doesn't meet the condition, it's going to repeat back through that iteration until it finally does meet the condition. So what I'm doing is taking that iterative macro, placing it inside a shell of the batch macro so that we can have multiple outputs circulate back through that iterative macro. It allows me to do what is essentially a recursive join and not only did I have the outputs that were decreasing in size, but I was able to build that line of flight out by building on each record.

We've increased the efficiency by 99 and a half percent from the old process all the way through Alteryx. That's a huge amount of gains. That whole process took about 30 man hours for one 30 day schedule, and the Excel workbooks about three hours. We used before a VBA model that took 45 minutes. Now with the Alteryx model, we can get that done in eight minutes for one 30 day schedule. Half of that time is actually just the process of connecting to the databases. The actual processing of the work takes about four minutes and that's just the 30 day schedule. With Alteryx, I can run look backward through the same model and I go back two years. So, where we could barely do 30 days in Excel, I can do two years worth of data. It's pretty powerful stuff!