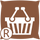 Trinity Industries manages hundreds of thousands of rail cars from a fixed asset tax reporting perspective. Their systems were not configured to allow them to effectively manage each asset and as a result they were forced to use Excel to create reports not only to report to the company leadership but to the IRS as well.  We built several Alteryx workflows to allow them to consume reporting data from their accounting system, perform "fuzzy" matching on their asset numbers, and present the data in an appropriate manner as needed by each stakeholder.

The fixed asset tax team was tasked with shortening the overall processing time to produce both executive level reports and tax forms.  The existing process took over five months to complete (shortened from 8 months). Due to the amount of data, complexity of calculations, and disparity of business key data, the team utilized Excel spreadsheets in what became a tedious, time consuming, and version control issue laden process. With Alteryx, we were able to reduce the data processing time to a few minutes through consuming reports and blending data to produce each output as needed. Alteryx turned a 5 month process into a 5 minute process allowing very smart analysts to analyze rather than worry about slogging through row-level data and vlookup statements.

Describe your working solution
The predominant source files were created from Oracle Financials. These reports were exported as Excel and CSV files. The first step was to create extract the data from these files and store it as Alteryx YXDB for considerable time savings in processing that occurred further in the process.  The second step created the Trinity's C1, C2, and B1 reports. These were used by the Tax Manager, and Senior Tax Director to validate.  This workflow also provided fuzzy matching capabilities for Asset Numbers as well as the ability to review each asset line by line for each Oracle report, a capability that had not existed previously. The next workflow created allowed the accounting team to utilize fuzzy matching in the Find Replace tool to determine which Assets should be classified as Freight, Relines, or Repairs as the accounting classification for those was handled differently. This data was held in a text box that had to be parsed to determine this classification.  The next two workflows were utilized to create forms that were to be provided to the Internal Revenue Service.  The final workflow was created to generate a final executive overview and validate that all of the pieces necessary for the process were accurate and balanced. The workflows were Trinity's initial foray into Alteryx and provided a loosely coupled solution to prevent dependencies from hampering the process.
Describe the benefits you have achieved

The impact to the organization was significant in time savings alone. The process previously took 5 months due to processing limitations compounded by distractions due to delays from processing, and back in forth questioning the process utilized to create the numbers. Alteryx was utilized to decrease the processing time, solidify the process, and reduce questions regarding the process allowing the team to focus on other value add work.