How To: MongoDB - Migrate from MMAPv1 to the WiredTiger Storage Engine 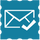 How to migrate from MMAPv1 to the WiredTiger Storage Engine

NOTE: The steps below only apply when using Embedded MongoDB with Alteryx Server 2018.1 and newer. If you are running Alteryx Server with a user-managed MongoDB, refer to the MongoDB help documentation.

Now that you have completed the steps, your Alteryx Server is running embedded MongoDB using the WiredTiger storage engine - YAY! If you experience any issues with this process, please contact the Alteryx Customer Support Team for further assistance.