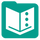 Custom python packages are not found, after upgrading Alteryx Server/Designer

During the upgrade process, the Python environment is re-built, which would cause any custom packages to be not available, after the upgrade. This is expected.

Please re-install the custom python packages using the steps mentioned in this link.

Alternatively, you could also create a custom python script to automate the custom package installation, after upgrading your Designer/Server.