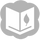 When writing string data to Google Sheets that contain leading zeros, the leading zeros are removed after being written to Google:

Google automatically formats values when they are written to a cell. The same behavior occurs when manually entering data into the sheet directly. When looking at the web traffic, one can see that the following is sent to Google from Alteryx:

The correct value "00004" appears as the InputValue. Google then returns the following:

Google has interpreted "00004" as a number and automatically converted it to "4."

You can workaround this by placing an apostrophe in front of the value within Alteryx prior to writing the data:

This forces Google to interpret the data as a string and include the leading zeroes. The following is a sample formula that adjusts all rows within a field to include a leading apostrophe: