Please extend the Workflow Dependencies functionality to include dependencies of used macros in the worflow too. Currenctly macros are simply marked as dependencies by themselves, but the underlying dependencies (e.g. data sources) of these macros are not included.

We have a large ETL process developed with Alteryx that applies several layers of custom and complex macros and several data sources referenced using aliases. Currently the process is deployed locally (non-server) and executed ad-hoc, but will be moved to the server platform at some point.

Recently I had to prep an employee for running the process. This requires creating aliases and associated connections and making sure that access to needed network locations is in place (storing macros, temp files, etc.). Hence I needed to identify all aliases and components/macros used. As everything is wrapped nicely by a single workflow, I hoped that the workflow dependencies functionality would cover dependencies in the macro nodes within, but unfortunately it didn't and I had to look through the dependencies of 10-15 macros. 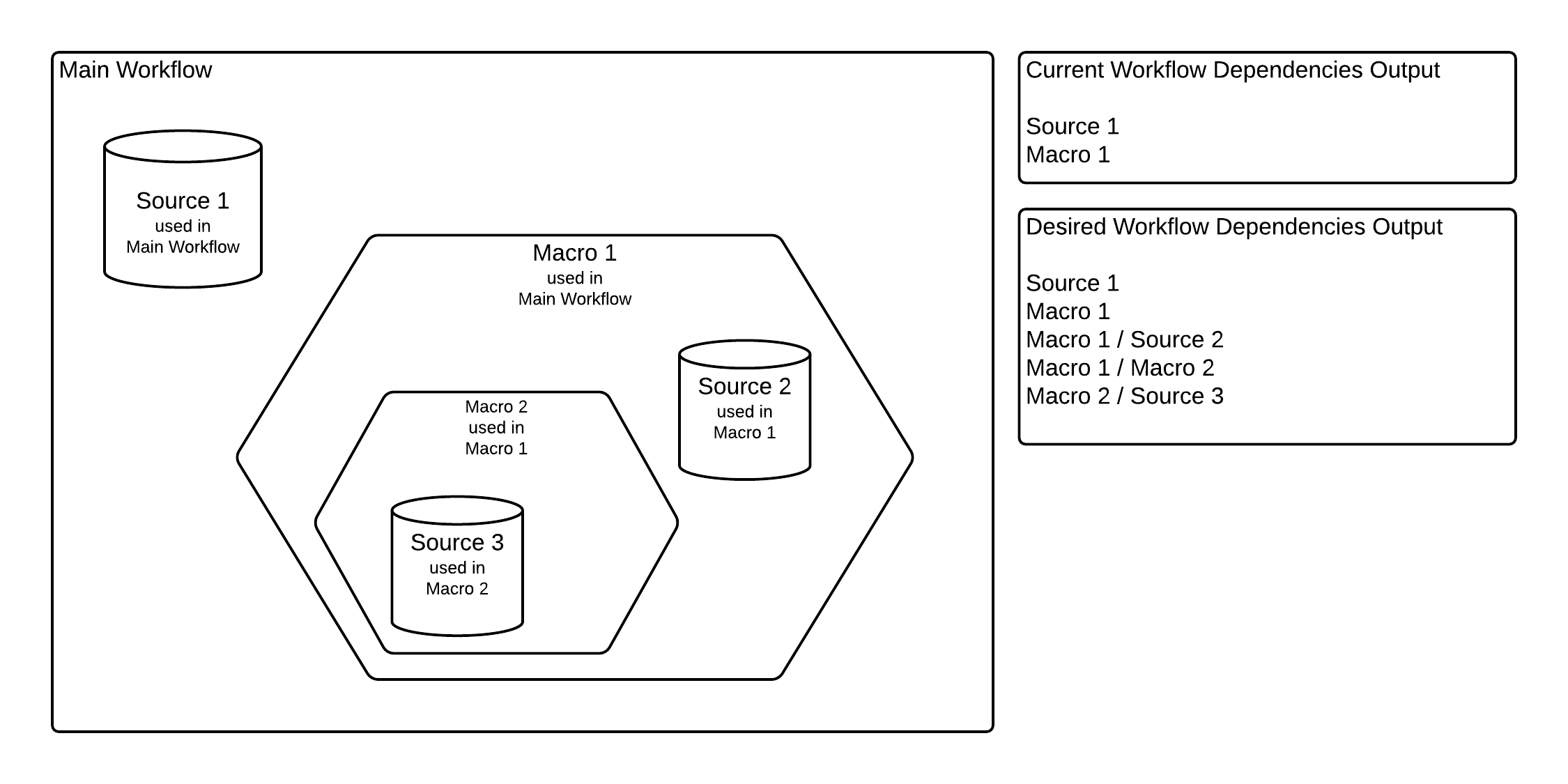 This is super-frustrating when moving a flow onto the server.

Thank you for the detailed post @AndreasRafn!  Marking this post as under review as we are evaluating how we can make this process a better experience.  Thanks!

I really hope that Macro and dependency management will be improved for the Designer and the Gallery. The current process can be very frustrating. A related issue is regarding changes in paths: https://community.alteryx.com/t5/Alteryx-Designer-Ideas/Repair-Macro-Path/idc-p/165322

Sharing macros with nested dependencies with colleagues with different file system paths as well as having these macros successfully publish to the gallery is a very frustrating and time consuming experience. It believe Alteryx could do wonders for users by revisiting this process and optimizing it.

Hi, can we please have it enabled. I'm sure it is not a huge endeavour!

@jpoz was working on this so it may be fixed?