Plot routes around the world rather than across a map

I'm plotting ship's routes on a map by using the Poly-Build tool to create a Sequence Polyline, the source field is a daily snapshot of a ship's position, the sequence is the date. This works well until the ship goes off the map, i.e heading west in the North Pacific to Japan.  Rather than wrapping the line around the world, it draws an ugly line across the map: 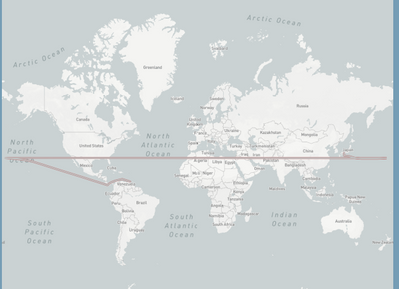 I've seen some super clever WFs on here where people have manipulated coordinates to stop this happening, but rather than me having to do that (and probably getting it wrong), could you make the Poly-Build tool map sensitive?