Issue: Each new instance of Alteryx puts load on the system memory due to an additional AlteryxGui.exe process.

Workaround: Currently we can drag & drop the *.yxmd file from Windows Explorer onto the running Alteryx instance to open in a new tab of the current instance but the same behaviour on double clicking the *.yxmd would be highly appreciated. 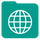 Sometimes you want separate instances of Alteryx running independantly of each other - to prevent one workflow crashing affecting another one.

That would be a good reason to add a auto save backup to Alteryx workflows when they crash. Like how if Excel crashes and you reopen you get the list of autosaved files. :)

Aamir
7 - Meteor
Alteryx already has an autosave feature. Go to [File > Open Autosaved Files] from the navbar up top. You can change the frequency of autosave in the settings.
0 Likes

That was kind of my point, if you have autosave I am ok with it crashing and being able to open the others that crashed with it cause it happens so rarely.

On the other hand, it gets old and bothering, for me personally, to have to continually have multiple instances of Alteryx open or drag and drop everything to get it into one instance.

Thanks for the idea! We've shipped this in the 11.5 version of the Designer.

From our release notes:

"A new User Setting was added so that double-clicking Alteryx file types (.yxmd, .yxmc, .yxwz, .yxzp, .yxi) will open them as a new workflow tab within an existing Designer instance."