Letting the user decides which decimal separator to use

As a newbie, I am impressed with Alteryx's ability to deal with lots of formats / connections when importing / imputing data. In a pretty simple way

However, I feel it misses something much more "basic", in my opinion at least. The option of telling Alteryx which decimal separator occurs in database being imported. Like Excel, SAS, IBM SPSS, to name a few, all of them do... Having a default of comma being the decimal separator, but letting the user opting to change it. Numbers in US are separated (integer part from non-integer) by a dot. The entire rest of the world (or almost all of it, there are other exceptions) uses comma instead...

I have posted a flow to deal with it on Alteryx Gallery (it is attached here), but it is, at least in my opinion, something cumbersome that should be pretty straightforward.

So... Is this something I feel alone, or is this a suggestion that could be thought as an improvement for Input & Output tools in future releases of Alteryx?

Sounds like a great idea to have a default number format.

For the time being, to simplify your workflow, you could, after your "select as string" tool, just have one Formula tool that creates a new "AsNumber" field with the expression:

The key is to remove periods first, before replacing the comma with a period.

I thank you for this formula, it indeed simplifies the way I have done before. I'll improve my workflow with it.

Still, I would like to be able to indicate myself which character Alteryx should consider as decimal separator.

When I show Alteryx to someone else here in Brazil, I listen often something like "but Excel does this...".

Once again, thank you for your reply. 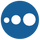 I agree, this would be a great to implement!

Absoultely agree, the decimal separator settings would be very beneficial!