Intelligence suite should be incorporated in core product, not a paid add-on

As of today, Alteryx proposes the Intelligence Suite with amazing tools never seen in a data tool, even OCR, image analysis etc.. https://www.alteryx.com/fr/products/intelligence-suite

But... these wonderful tools are part of a paid add-on. And this is what is problematic :

-Alteryx is already an expensive tool. With a huge value but honestly expensive.

-The tools in Intelligence Suite are not common in data tools because you won't use often. And paying for tools you use once or twice in a month is not easy to justify.

So, I suggest to incorpore Intelligence Suite in the core product. The Alteryx users benefit is evident so let's see the Alteryx benefits :
-more user satisfaction
-a simpler catalog
-adding a lot of value to Designer, with the ability to communicate widely on the topic.

Agree. I never did understand why there was/is an extra cost.

Unless, if the intelligence suite is made/supported by a third party, then I guess the extra cost does make sense, as the funds would/should go to them, but if not, I can't understand the additional costs personally.

@Rags1982  Most of those tools are based on open-source libraries ;)

There is no way my organization will pay almost half as much as a designer license for the intelligence suite.

For that much money there's too much competition if you do the ETL with Designer:

2) Use a cloud API within Alteryx with a few lines of Python, train & score for a few % of the cost

3) The text analytics tools are extremely basic, APIs usually costs cents per thousand lines to process for a superior performance, especially outside of english

Adding to that, ironically the intelligence suite is often clunkier to use for machine learning as you cannot easily save the model for future scoring, and it uses excessive amounts of RAM compared to the original libraries.

Further, unless things changes in the most recent version, you cannot use the guided process in a partial way, for example to automate just the feature selection part.

All in all, it's extremely hard to justify the cost of this package, especially as Alteryx itself makes the underlying libraries available for free: https://evalml.alteryx.com/en/stable/

Even as a big Alteryx fan, I find the choice of making the intelligence suite a separate paid items questionable at best. 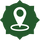 Price is USD 2300 by year. Ok, cool tools but way too expensive, especially when you know how high is a designer price !! And if you consider the very low number of community post about these tools, you may think there are only very few customers while everyone here would like to use these tools. This idea alreay has 45 votes for !!

Please, Alteryx, do something, it's not such a big deal and you would make history !