Can anyone give a reason why Alteryx wouldn't bundle Crew Macro Pack?

If not, can we get Crew Macro Pack bundled into Alteryx and have official support for it?

This is a request that we hear often from users that have discovered the usefulness of these macros.

There are two reasons we have decided up until now to not bundle them.  We already have more than 200 tools that ship with the Designer and the more tools we add, the more complexity we put on the user to understand the tools.  Second is that the Crew Macro Pack introduces some new concepts that we have seen confuse users when trying to learn about simpler topics like macros.  Our vision for tools such as these is that they will be added as officially supported tools through a more formal Public Gallery deployment method.  We are having discussions now about at least publicly claiming official support for these macros while we continue to pursue the longer term solution.

As someone who helps manage our enterprise deployments, it would be great if there was an easy way to package these up with the Alteryx install similar to the predictive tools.  If the concern is too much complexity for beginning users, I feel like there is an opportunity to make them optional installations, or hide them in the ribbon (similar to the Developer tab).  These macros are extraordinarily useful, especially for shortcomings in the software OOTB, particularly controlling order of operations.  Official support for the runner macros and parallel block until done would help to at least provide some guidance when addressing these problems without relying on a perceived "third party" plugin.  While I understand that keeping these in the gallery may be an attractive option, there is always some skepticism when utilizing community-supported add-ins, and it would be nice to get the official Alteryx stamp of approval on these tools to keep the minds of security and IT at ease.

As @mcarrico mention, getting macros from Alteryx Public Gallery does not have the same Alteryx stamp of approval in the minds of security and IT management, as when the macros is bundled with the product. This is a big problem with Alteryx users like myself, working in a regulated industry.

So Public Gallery is great, but it is not sufficient for some of the Alteryx customers. So please understand this need from some of your customers like myself, unless Alteryx is willing to state Atleryx will provide full support for all macros in the Public Gallery. 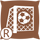 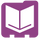 This would be great for the reasons mentioned by denn and mccarico. Additionally I feel that the test functionalities could be expanded upon and I'd love to see a ribbon just for different tests and the tests and message tools. I use expect zero records on almost all of my workflows and a expect equal number of records would be just as useful