In the same way In-DB generates SQL, might it be possible to have an In-PowerBI and generate DAX? 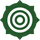 Over time some ad-hoc blending and cleansing alteryx workflows evolve from data discovery and exploration into more formal in-db workflows, and from there the workflow equivelant SQL as seen in the in-db browse tool, can be used independently of Alteryx.  Thus some of the workflows are prototype environments for generating and refining production SQL.

If these or similar ad-hoc blending and cleansing alteryx workflows could evolve into a more formal yet to be invented in-PowerBI environment, then the in-PowerBI browse tool would be designed to contain the equivalent DAX commands.  These DAX commands would be able to be run independently of Alteryx.

As the visualization tool landscape consolidates, SQL and DAX seem to be the languages that are most prevelent.  It is more rational to expect alteryx to support enterprise processes in generating sample SQL and DAX, than in assuming Alteryx integration, at least at first.