I can be picky about how my workflows are laid out.  Oftentimes, the connector between tools has a "mind of its own" as to what direction it goes and how it crosses other objects.  I'd like to see the ability to control the connector lines with "elbows" that can be positioned in custom locations and directions, like an MS Visio diagram. Alternatively, add a simple "pin" tool could be added to the canvas and it's only function is to take in and send out a connector line by defining the input and output location.  The input and output locations could be defined angularly/radial in degrees, for example.  Image attached below of existing workflow with a "troublesome" connector and the concept of "elbows" and "pins" added as an alternate control mechanism.  Both would be great!  :) 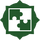 This sounds like a fantastic idea!  Oftentimes I find myself moving the tools/containers one segment at a time to get it just right.

This would be really helpful, as I use Select tools as a way to modify the shape of the connection if I want to stop it overlapping over tools.

I always wanted that to help me to organize the lines!