For the Charting tool, specify descending/reverse order for a Bar Chart type, so that it puts the largest value at the top.

Thank you for the input! We are in the process of detailing out some improvements for the Charting tool; I will be sure to include this request in our discussions. Great idea!

In the old charting tool, you could change the order of the series by moving them up or down. This feature has been eliminated from the new charting tool. I want sales percent to be the top bar, but despite which 'series' I put it in, inventory percent is the top bar, as the order appears to be alphabetic. It would be nice to have that option added back in.

In the new charting tool, you can adjust the number of decimal places for your series, which is great. Adding '%' as a suffix to the series label would be nice. There is an option to add to the axis label, but not to the series.

We hope you find the new tool fun and useful!

Would you mind giving an update on the sorting functionality please?

I have set a sort tool upfront with the numeric order I want to apply but it doesn't seem to work.

apolly
Alteryx
@Genevieve Hi, sorry you are having trouble. Can you confirm the incoming data type is an integer and not a string? Sometimes they come in as strings and the sort functionality does not work as expected. If it is an integer, can you share your workflow or we setup a time to get this fixed? Thank you, Alex Polly
0 Likes

I am baffled. While preparing an extract of my workflow to share with you. The data behaved in a near ordered manner. But when I check my oringinal workflow and have identical set up (just coming from a longer process) it does not behave.  I haven't found the way to attach the workflow to this reply.

If we can find a common time to have a look together. I am in UK time. Thank you. 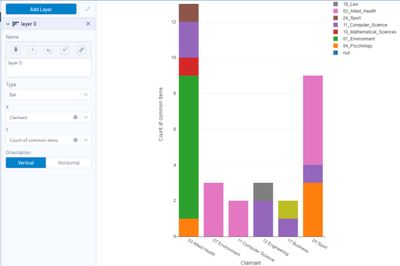 ordered data (except the legend) 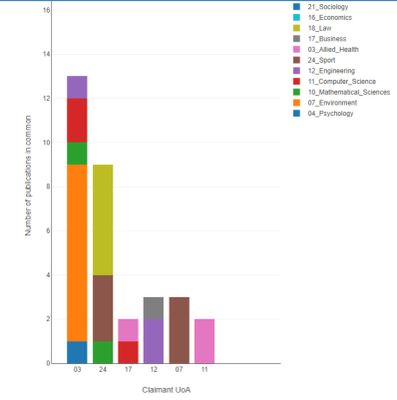 Thank you for your post! Our product team has reviewed this idea and are really interested in it. However, we're unable to fit this idea on the current road map for the near future. They would like to keep this idea in mind however for when updates to the Interactive Chart tool are being made. We'll do our best to update this idea again once we known when or if we are able to include this on the road map.