Our company upgraded to Office 365.  Now my workflow is broken.

As soon as I installed this, it worked like a champ, thank you! 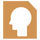 i do have same issue and i am unable to connect the Access and .xls files after upgrading to Office 365

The users on this thread are referring to the 32bit version of Alteryx Designer.

Unfortunately, we no longer support the 32bit version of the software and do not havea download version available.

I would recommend reaching out to Support@alteryx.com with your access issue for further assistance.

So, although I don't know for sure that this will help, I think it's definitely worthwhile to try these steps:

If you try this, please report back on whether it helped.

Thanks for your support

Wonderful!  I'm glad to hear that!