Tool Connections switching nodes on me? 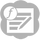 Let me preamble this by saying, I am not crazy 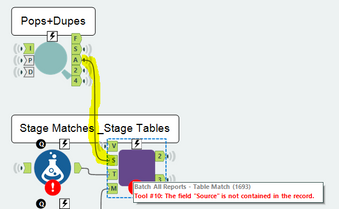 From the above photo the purple macro originally had the highlighted connection originating from the "S" node of the blue "Pops+Dupes" macro but it switched to the "A" node.

It happens sometimes (not everytime) when i go in to the workflow open the container these tools are within and i believe the autoconfigure does its thing and somehow that switches the connection.

I am thinking it may be the blue "Pops and Dupes" macro that is the problem because another macro will have the exact same connection switch as well.

@Kmaclean  I believe @BenMoss and @Thableaus have come across this issue and may be able to provide insight.

Yep @patrick_digan that's right. And I believe this is a bug.

@CharlieS said that this has been present since version 2018.3.

It's annoying but I wasn't able to find something that could fix this problem.

Agreed. This is a bug. I've had several cases where macros with multiple inputs will switch their connections whenever the workflow is saved. Now that I've seen this a few times, I know that it's systematic and not something I was doing.

This was my most recent scenario:

- A workflow has a macro inserted which has multiple inputs.

- One of those macro inputs was connected to the joined output anchor from a Join tool.

- When I save the workflow/it refreshed, the same macro input would be connected to the left outer anchor from the same Join tool.

Curious if y'all have any particular workaround for this?

From what I can tell, adding a select tool after my macro has stopped the bug so far;