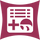 I've been able to find versions of the tool where the logic/backend is written in Javascript or Alteryx macros. Is there a version written in Python? I vaguely remember Alteryx installing Python when I downloaded the tool, but I'm not sure if that was for another part of the connector.

Ideally, I'd prefer to modify a Python version as I'm more familiar with it, but if it doesn't exist then I guess I'll make do with the JS version.

Edit: I was wrong, turns out I was looking at the input tool, not the output one. The only output tool is built with Alteryx Macros. So is there an output tool made with either JS or Python?