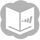 we are planning on using Alteryx to publish Tableau Output files to the respective Tableau Server.

In this context due to Design considerations, we currently use single Images as "Starting Slides" for our Dashboards.

Within our Tableau Server, it will however not be possible to use network drives as a source and thus everything has to be on Tableau Server.

Thus I would like to know if it is possible to publish Images to the Tableau Server via Alteryx?

Thank you very much for your help on this!

I am not 100% sure but I am pretty sure you can't for the following reason:

Alteryx can only upload data into Tableau Server (.tde/.hyper) and not workbooks twb/twbx. That said, you can use the tools to either create a data source or update one. On the other hand, the images of a Tableau Packaged Workbook are stored "within the workbook" (when you are publishing and select "include external elements"). I am almost 100% sure you can't host the images by themselves on Tableau Server and hence, you won't be able to publish an image into Tableau Server. Does that make any sense?

I'm going to offer a slightly different perspective to the above.

It is possible to publish tableau workbooks to Tableau Server via Alteryx, and there is a macro to do this available in the public gallery...

Therefore if you are able to put the image you want into a tableau workbook then yes you can.

Thanks Ben for clarifying! (and apologies for forgetting about your macro) 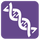 There are four ways that images are stored within Tableau workbooks:

- Custom files for Shape marks. These are stored in the .twb XML file using base64 encoding.

- Image objects on dashboards. These are also stored the /Image folder.

- Images for button objects on dashboards. These are also stored in the /Image folder.

There are two other ways to display images:

- Use a web page object on a dashboard that points to a URL for the image.

Personally I'd suggest one of the latter two because keeping an image file updated on a web site is can be easier than getting an image into a Tableau workbook, plus updating the image in that case doesn't require republishing the workbook. If your Tableau Server is configured in a certain way (which changes from release to release) then it's theoretically possible to have Tableau Server be serving up those images.

If you need to embed the image in the workbook (one of the first few methods) and you're publishing from scratch then my suggestion would be to create the workbook in Tableau with a placeholder image, then save it as a .twb to create the .twb and folder structure. Then you can set up your Alteryx workflow to update the image as necessary and then use Ben's macro to publish the .twb.

thank you so much for all of your help and the time you took! This is of great help and lets us step forward in our reporting process 🙂

@jdrummey I will probably try to go for the URL variant at first and hope it works out!

@BenMoss Thank you so much for the great Macro!

Have a great day and thanks again,