Issue running workflow on gallery that works in designer 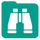 I have created a macro that does the following:

The python for this is as follows. It works in designer but I'm having issues in porting it to the gallery to be scheduled.

Thanks in advance for your help!

@JonnyR You have to add an asset to the workflow using the input tool. When you upload the workflow, it will show up as an asset and you will be able to package it when uploading to the gallery.