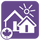 I'm developing a workflow that takes a listing of expenses which contains a lot of entries that net to zero, and attempts to remove these. I've had success in removing those which duplicate and net to zero, however there are those remaining where there might have been 3+ entries with that same number (e.g. -10, +10, +10).

I've identified fields which can be used to isolate the odd one out (which would remain as a balance that doesn't net to zero), however this varies across each "group" of matching entries and I was wondering if anyone would have a way of removing the netting entries with criteria across various fields?

I've attached an example of my issue to the post (e.g. for the first group, Column D in red is where the criteria could be applied to remove the two netting, however for the second group Column A is where I can see the difference, and Column D would be no help.)

My aim to be able to remove duplicates across multiple columns, an OnlyUnique macro applied to the relevant columns hasn't worked.

I've also posted what the end result I'm hoping for would look like.

Thank you for any help/advice.

@andrewmcateer , see if this approach with an iterative macro helps.