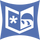 I thought I had found the perfect solution to have the date and time in the Excel output file name.

which gets turned into another column (FileName) including the file path:

I am also using two different output tools to write into the same Excel file; this is the only way known to me to write two spreadsheets into one Excel output file. The code used for the file name for both flows is the same except to the piece of the sheet name; for the other sheet name I only change the name to *:\***\ALTERYX\OUTPUTS\***\*"+ [RunDate]+".xlsx|||Data Summary"

However, recently I noticed Alteryx writes sporadically two output files with one spreadsheet each; the difference in the file name is the time stamp being off by one second.

This never happened before and it seems to happen only with certain Excel inputs in the workflow (which shouldn't have an impact).

I thought "DateTimeStart" would take the starttime when I hit the run button in Alteryx, no matter if I write different outputs in the same workflow. Or is "StartTime" referring to something else than hitting the run button Alteryx; i.e. when Alteryx started to read the corresponding input tool?

I recommend you use DateTimeNow() or the Date Time Now tool and then use this one value everywhere else on the workflow. This way you will never have different values for seconds or anything.

The DateTimeStart() should returns the date and time when the current workflow started running, so it's surprising that you got 2 different outcomes from this formula on one single workflow run. I suggest you report this error to Alteryx Helpdesk, they should get back within a couple of days.

If you can post your workflows (anonymised of course), I can help take another look also.

Actually, I realized that I have overcomplicated the workflow.

@DawnDuong, yes this might be something to reach out to Helpdesk. However, I came to conclusion it is easier for my needs just to append the DateTimeStart() from one of the tools to the other branch of the workflow which creates the other spreadsheet in the file, instead of running DateTimeStart() twice.