SAVE YOUR SPOT
It's the most wonderful time of the year - Santalytics 2020 is here! This year, Santa's workshop needs the help of the Alteryx Community to help get back on track, so head over to the Group Hub for all the info to get started!

I recognized now several times already, that Alteryx is massively using the CPU (which in itself is fine) but when the workflow is done, CPU usage of Alteryx Designer is not going down!

Sometime when closing the last workflow CPU usage is going down, sometimes even then it stays at an high level, only closing Alteryx completely solves the issue.

This is especially annoying when running a long running workflow and in the middle of it CPU is maxing out (you never know if its a bug or just a complex calculation).

Anyone observing the same issues ? 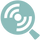 This is neither a known issue nor one that I have seen personally - can you please confirm the following;

1. Does this happen with every workflow you run or just some?

2. Are there R-backed, python, or API-driven tools involved when this happens?

1: It happens randomly with different workflows - simple ones (just a few tools) and more complex ones (30-40 tools)

2: No, there was no R, phyton or any API tool involved, all plain standard Alteryxs tools (even not a crew macro)

I see that @ZacharyM replied to your question.

If you require further assistance please refer to Support.

I gave him further details, but did not get any answer since than ....

Are you suggesting to open a case via the support email address (support@alteryx.com) ?

if you open task manager (ctrl + Shift + Esc) what processes do you see running when this happens?

I usually see Alteryx using a bit of memory at any given time, but CPU typically drops for me after the workflow finishes.

I was exactly checking that ... Alteryx Process stays high, even after closing all the workflows ....

As it just happened again, please find attached a screenshot

I am having this same issue.... I cant even do anything and it happened right after i installed the update about 2 weeks ago. has never happened before that. this is even the case if i dont have a workflow open and just the application running

I am having this same issue.... I cant even do anything and it happened right after i installed the update about 2 weeks ago. has never happened before that. this is even the case if i don't have a workflow open and just the application running