Childhood Dreams to Dream Data Careers: From Buses and Black Belts to Analytics

In this week’s episode of the Alter Everything podcast, Jamie Beason (@JNBeason), Senior Director of Business Intelligence and Analytics at JLL, talks about her career in data, but also reveals that her childhood dream was a bit different: She wanted to become a veterinarian. A veterinarian with a black belt in karate, more specifically.

Without giving away too much about the episode, Jamie explains how those interests all ended up converging in her data science work. We thought it would be fun to hear from some of our ACEs and user group leaders to see if they had similar stories to tell about how their childhood ideas about careers and the future led them toward their current work in analytics and data science. There are common threads, but also surprising twists in their stories! 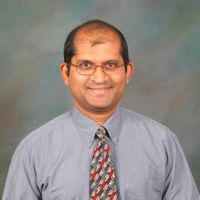 My primary childhood dream was to drive cool double-decker buses, but my teachers in school tactfully steered me into focusing on STEM classes. This led me to taking on electronics as a hobby and then a technical education and career in electronics engineering. I went on to get a B.S. and M.S. in Computer Science and Mathematics. Data management has been at the very core of my higher education and my career.

In recent years, I have been focusing on data science and analytics. I have not yet driven a double-decker bus, but my love of machines led me to flying planes as a hobby. One of my projects is to use aviation weather data to help make flying safer. So I have come full circle, and my strong STEM foundations have served me well in my hobbies and career. 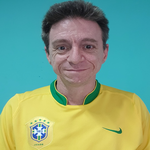 I remember that when I was a child I went to see a presentation of the smoke squad in my city (a squad of airplanes that juggle and smoke), that enchanted me in such a way that from that day on, I decided that I wanted to be a pilot of a fighter plane. As I grew up, I went in search of my dream, and tried a few times to get into the best aviator schools here in Brazil. But as time went on, the dreams changed, and I ended up leaving the city where I lived and came to São Paulo to work and study.

I ended up becoming a training lawyer. During my studies (in law), I already worked in the data area (MIS), and luckily I was unable to migrate from the area. Today I am too happy to work with data and Alteryx directly. Today I study for an MBA in data engineering and finish my graduate studies in the middle of this year.

I am grateful for everything I have achieved so far in this data career, and more specifically what I have become in the last six years working with Alteryx. Because of Alteryx, I became a professor of Alteryx at a university here in Brazil called FIAP, administering the Alteryx Designer course from basic to advanced. Working with Alteryx has given me quality of life, and with it, I can help other people in our community to develop. 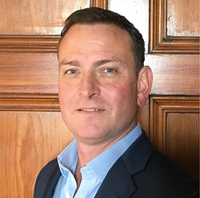 Alteryx ACE and Head of Operations at The Information Lab, Ireland

I was in love with electronics from a young age — as soon as I was able to hold a screwdriver, I started taking things apart to figure out how they worked. Unfortunately, as a result of my investigations and to my parents' great frustration, most of those things never worked again afterwards! Electrocuting myself regularly was just an occupational hazard! So at the age of 10, I decided that I'll be an electronic engineer when I grow up! My generation and my parents' generation also had the mindset to try and fix things that are broken rather than to throw them away and buy a new one! Fixing the lawnmower or working on the car with my dad was kind of standard for a Saturday morning. So it was no surprise really when my dad announced one day that we are going to build an arc-welding machine so that we can, well, weld things! For those that don't know, an arc welder is really just a very big transformer... and for those that don't know what a transformer is... never mind, google will explain it better than I can. Long story short, a few trips to the scrapyard and a number of weeks later, we had our very own, working arc welding machine and no piece of metal in my dad's shed was ever safe again!

I did grow up to become an electronic engineer, although I was kind of disillusioned when I got to university and realised that studying engineering is mainly about doing very complicated math and not so much just building cool electronic circuits as I had expected. I stuck with it though and ended up completing a master’s degree in electromagnetic field theory and superconductors, of all things. My engineering career took a few twists and turns, and I eventually evolved into project management and also data science. Being an engineer taught me to take a problem and break it down into many smaller tasks to solve individually, and when you put them back together, you've solved the original problem! This has come in very handy on both my approach to project management and also with solving problems in Alteryx!

I still take things apart in my shed, but have become (a little) better at putting them back together again. In a coming-full-circle kind of way, I do spend many Saturday mornings in summer fixing the lawn mower, but I'm not really allowed to work on the car anymore…

Be sure to check out this Alter Everything episode for more of Jamie's story, too; it's a great one.

What's your story of how your childhood dreams shaped your data career? We'd love for you to share your journey in the comments!