Alteryx User Groups | The Next Steps

In 2012, groups of Alteryx users in Charlotte-Greensboro, Dallas-Ft. Worth, Denver, and Twin Cities organically started collecting in libraries, conference rooms, and coffee shops. Through the success and popularity of these groups, in 2014 we officially started supporting Alteryx User Groups. Since then, it’s been amazing to watch the growth and passion that so many members have for meeting locally and online, making connections with peers, and sharing ideas. The user group family has reached almost all corners of the Earth. We’re still looking for leaders for a McMurdo Station Alteryx User Group, however.

In 2018, we’re doubling our efforts and taking the next steps to grow and enhance Alteryx User Groups. Read below for all of the details.

Expanding our footprint from local meetings into industry-specific user groups was one of the most popular requests we received throughout 2017. We launched the Healthcare Alteryx User Group late last year as a first step to exploring this type of group, and it is going great so far. The Healthcare group has met thrice to date and are seeing great attendance and engagement. Check out the user group page to access recordings and other outputs from those meetings.

The team is currently working to identify additional industries in which we can deploy this model of user group. Stay tuned.

Internal Alteryx User Groups are ideal for companies who may have multiple users and wish to meet internally with those inside of the company. Internal User Groups meet to share best practices for leveraging Alteryx, how to implement continuous learning throughout your team, share wins and participate in weekly challenges, and provide support for those going through the Alteryx Certification process.

If your team could benefit from an Internal Alteryx User Group, please reach out to @MaddieJ for tips and tricks, sample meeting agendas, and additional support.

Our goal for local user groups has always been frequent, high-quality meetings. Based on data and feedback from over 400 user group meetings, we know that successful Alteryx User Groups share the following characteristics:
With these key requirements in mind, groups that have not met recently will be put on hold, effective this week. Here’s a list of impacted user groups:
User Groups that gain active leadership and commit to quarterly meeting cadence can be re-activated.
Putting the above groups on hold is in no way meant to be permanent. Because user groups are established and maintained by Alteryx users in each locale, strong leadership is critical. We hope that all of the impacted groups find leadership and resume meeting as soon as possible. In the meantime, the team will focus our efforts on supporting groups that are regularly meeting and growing new groups around the world.

If you are a member of any of the above groups, we look forward to engaging you as a potential leader of a local group or as a member of upcoming industry user groups and other Alteryx events in your local area.

Speaking of events, we are excited to announce For the Users, By the Users: Alteryx User Groups, an interactive session at Inspire 2018 in Anaheim:

Have you ever wondered if there are other Alteryx users in your area and how they leverage the platform? In this session, hear from successful Alteryx User Group leaders as they discuss the perks and powers of their local User Groups. The session will be delivered in 2 parts: first, best practices and tips to take back to your own group to ensure success and sustainability; and second, we will put practice into action, as we host a live user group meeting. Be ready to participate, and don't miss what these fearless leaders have planned.

Check the agenda for the time, date, and details of the session: https://www.alteryx.com/inspire-2018-agenda

Thanks for your continued leadership, membership, support, and collaboration with Alteryx User Groups! 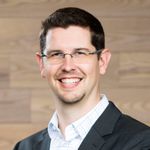 Brian is Vice President of Global Community at Alteryx where he is focused on driving shared value between the organization and our customers to increase engagement, satisfaction, and retention. He accomplishes those goals by using an analytical approach to understand customer behavior and leverages cutting-edge technologies and business strategies to drive the customer experience.

Brian is Vice President of Global Community at Alteryx where he is focused on driving shared value between the organization and our customers to increase engagement, satisfaction, and retention. He accomplishes those goals by using an analytical approach to understand customer behavior and leverages cutting-edge technologies and business strategies to drive the customer experience.