Alter.Next – My Thoughts and Musings

I was sitting on my yacht last week, sipping champagne and enjoying the glorious sunshine of a spring day on the French Riviera, when @shannonem  and @WillM dropped me an email asking if I would write a blog sharing my thoughts on the Alter.Next event hosted by Alteryx. “McEleavey, you oratorical behemoth” said Shannon, “we would like to put out a blog showing the views and opinions of a handsome community legend, but we don’t want it to sound too ‘markety’, and we couldn’t think of anyone less markety than you.” Damning with fine praise, indeed.

So, I apologised to the movie stars I was with and adjourned to my darkened room to watch the Alter.Next event with high anticipation, primarily due to having already read Yuval Noah Harari’s “Sapiens” and counting it among my favourite non-fiction books.

I was also interested to see the vision of the future as presented by the Alteryx Gods, all bow before their greatness.

I emerged blinking into the sunlight just over an hour later and began scribbling down my thoughts.

I would like to break this down into my top takeaways and what particularly excited me from the presentations:

Alteryx has its head in the cloud

Long has been the call and dark the way for Alteryx to embrace the cloud, and this has now begun to be fully addressed, and with seeming laser focus. The Alteryx designer moving into the cloud and giving the users access via a web portal is a huge and exciting step forward.

This will allow much greater freedom of movement of data between cloud platforms as we can embed Alteryx natively within the same environment as your largest datasets, negating the current headache of downloading data to your local machine from that environment (in-DB does not do enough!).

Obviously, this does not mean the end of the client designer, but the development of the cloud platform certainly improves the choice for the client, and it means as a partner, when discussing new Alteryx greenfield sites, we can better tailor the offering and reduce any barrier to entry.

The entire direction of where Alteryx is going over the next five years is very much orientated towards full cloud deployment, and with that in mind they have also improved their overall offering:

Alteryx is Taking Over the Analytics world

Back in the day, Alteryx was a geo-spatial tool set up by a bunch of nerds who wanted to be able to be able to map demographics data. Over the years the platform has grown and blossomed into the entirely non-geeky platform for beautiful people you know and love today, incorporating full suite ETL/ELT and advanced analytics. With the next steps, and with eyes on cloud deployment, Alteryx are bringing on exciting new products that fill the gaps when moving to the cloud.

Trifacta is a spiffy data wrangling platform that will easier facilitate the movement of data between cloud platforms, so this will sit nicely with Alteryx in that it will pull multiple data sources together, push it into Alteryx or to cloud storage platform like Redshift or Snowflake from which Alteryx can easily read, and do the weird and wonderful things we do with Alteryx.

Hyper Anna addresses a glaring issue with data visualisation, in that Alteryx could produce flat file outputs, but given that data visualisation was not the primary focus, it did not have a suitable interactive dashboard offering. Hyper Anna uses AI to build and deploy visual, interactive data insights so users can more rapidly get the information from their data. Having worked with many BI platforms, some of which do have this AI capability, it will be interesting to see how the platform integrates with Alteryx and how much time is saved by removing the need for developing the data visualisations from the ground up. I’m looking forward to getting my hands on this…

Alteryx Machine Learning is outright sorcery. Having been a part of the beta testing for this platform and being a partner in another automated AI/ML platform that shall remain nameless, I can tell you that the first time you see it will be like the first time you heard The Beatles. This is the next level of predictive analytics and something that will be incredibly impactful for any organisation taking it on.

Essentially, if you’ve used the Intelligence Suite Assisted Modelling tool you will be familiar with the functionality, but this is cloud based and comes with all the benefits of that.

For those uninitiated, stop what you’re doing and go and have a look at this.

Seriously, go and have a look. I’m happy to give you a demo…

Ok, so I have been using Alteryx for about 400 years, and in that time, I repeatedly got to the point where I was trying to do a lot of predictive analytics, but I would always hit a brick wall due to my brain. The knowledge required to do predictive analytics just wasn’t there, and every time I tried to learn it, I would get to the point where I was to choose the most appropriate algorithm and tweak the parameters accordingly and my brain would pack up its things and head on out of there.

Now, this allows me to put my data in and say, “predict that” and away it goes. It will select models based on your target and predictor variables, apply imputations, carry out one-hot encoding etc. It’s sorcery. Being cloud based, an API allows us to stream data in live to the models to get an instant response.

All this means advanced analytics is now readily available to normies like me.

This makes me all tingly, not going to lie.

The pandemic has changed the way executives are thinking about data

Executives are a strange bunch.

The pandemic changed the world in many ways, we have now become accustomed to working from home, talking with our colleagues on Teams/Zoom etc. not seeing the sun for 8 months, working ludicrous hours of the day because why not? However, one thing that has really stood out and Alteryx have certainly jumped on this, is the shift in the thinking of executives, especially in larger corporations. There has been an 83% increase in the number of executives who admit they need to be more data driven in their decision making compared to pre-pandemic levels. This is shocking…only 83%?? This means there are still executives that don’t believe in a data-driven decision-making process, and I find that terrifying. As Professor Harari said in “Sapiens”:

“A new branch of mathematics was developed over the last 200 years to deal with the more complex aspects of reality: statistics.”

Clearly, many business leaders are still turning a blind eye to reality.

This means we as Alteryx ACEs, Innovators, Customers, Partners, and nerds need to continue to raise awareness of this deficiency, and I continue to have conversations along these lines every day. Ok, so 83% is a good increase and we should be celebrating that more and more executives think facts are important, but we can’t rest there. With Alteryx bringing capabilities to business users that were unimaginable a decade ago we need big business to understand that the way things have been done in the past are dead and if you continue to make decisions without the full information at your disposal then your competitors will destroy you. Even if they are correct 1% more than you are, simple industrial evolution will make you extinct. And yet, many executives still believe it’s not important to make data driven decisions.

Executives are a strange bunch.

Despite what everyone who’s ever hired me thinks, I do not have a PhD in data science. I also didn’t write Bridge Over Troubled Water, but that’s a different story.

My degree is in Politics. Yes, that’s right. Politics. I’m a non-techie. A normie. A muggle.

Before getting involved with Alteryx there was no way I would have had the skills or knowledge to do 1% of what I can do now. This shift has enabled people like me to do things that were previously the closely-guarded realm of IT, Data Scientists, and mathematicians.

Gone are the days when someone in Procurement needed to produce a spend analysis report and so would reach out to Kevin in IT. Kevin would add it to the list of SQL scripts he had to write, and in six months would produce a data dump in .csv. This is wholly unacceptable and belongs in the 90s, along with Excel, Oasis, and measles.

The new platforms, both developed by Alteryx and incorporated into the Alteryx suite, are designed with this democratisation process in mind, the devolution of data analysis, ETL, reporting and insights from central IT to the very business users who depend on them for making better informed decisions.

Kevin can no longer service 10,000 business users while doing his day job. It should never have been the job of IT to produce reports or data dumps for the business, but the tools required to do so required coding skills that were not part of what an accountant, for example, would have. Now, Alteryx is spearheading our move away from this obvious bottleneck and empowering the users throughout the entire organisation.

Seriously, @TheOC tried and he woke up in Tel Aviv.

But in all honesty, there is a lot to look forward to within the teasers we got from Alter.Next (which you can view on-demand here). It's well-worth a watch, whether you're an Alteryx veteran or brand new to everything, because things are being shaken up! And if the info therein piqued your curiosity and you haven't already jumped at the chance - go register for Inspire! There will be loads of opportunities to dive even deeper into some of these new tools, and you'll even get to see me there.  If you're lucky, you might even get an invite to the yacht. But I'm not making any promises.

A good chuckle - whilst some great insight 😁

Alright, alright, I'll be honest, I fell down a yacht gif rabbit hole looking for the appropriate one to respond with but got side tracked by this one cause it made me giggle like this blog post did.

I really loved that part:

We need to do a better job in spreading the word about data-driven decisions!

It's a constant battle... 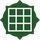 Your analogies on this!! Hilarious, insightful and this was such a great read! :)