Certain aspects of the Circuit of Americas track are similar to some of the world's greatest race tracks, which you might think would be an advantage for the teams. One would think in theory they could use similar car setups at those other tracks. Unfortunately, that isn’t the case. The car's design and setup is addressed for every race no matter the track's similarities to other tracks. There’s too many other variables, like the track surface, weather, tyre compounds available, and track temperatures to use the same setups.

Formula 1 cars are constantly changing. You may not directly see it as you look at the car week to week, but I promise you it’s different for every race. No two setups are the same and that means neither are the components of the cars. Just look at the tyre makeup. Different tracks require different tyre compounds, and even with that, it may be that the hard tyre may work better than the soft tyre and vice versa between two tracks. The cars then need to be adjusted for the tyre that works best.

Taking on these adjustments takes a team of dedicated engineers and mechanics to create the best setup for the car and the driver. Each car can contain approximately 80,000 components, which all need to work together in a precise way to win. This takes a lot of planning and preparations to allow the team to create the right setup as well as be flexible when conditions on the track change. 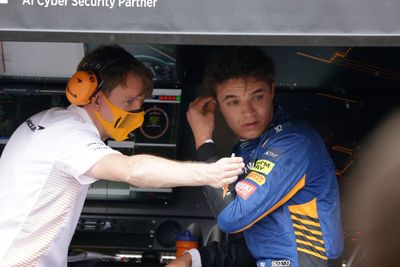 McLaren Racing uses on average 30 million race simulations to understand how the F1 car will perform in as many situations as possible. This allows the team to look at the data from those situations and understand what adjustments in the design of parts of the cars will be needed for each race. For instance, the front wing may need to be different from one track to another. By running simulations with the car on that track in certain conditions, the team can then fit the correct front wing setup to create the right downforce on the car for that track. 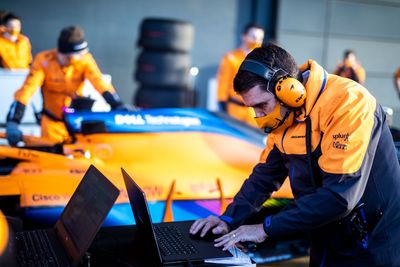 With an average of 23 races a year and an average of 78 laps per race, teams need to run simulations for all races and laps plus all the possible scenarios that can happen on track. As you can probably imagine, getting to 30 million simulations is pretty easy.

These simulations are where Alteryx is helping McLaren. With that many components and simulations, McLaren has many ways to capture and store that data. In order for them to make the best decisions, they must be able to take all of those results and look at them together. The car goes through many simulations in different testing scenarios. From wind tunnel testing to even the driver feedback. McLaren uses Alteryx to bring all that data together, which then allows them to run more simulations and see how the adjustments they make affect the car and driver. 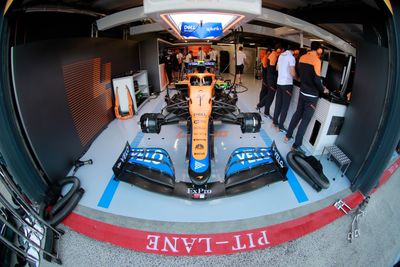 As Edward Green, Head of Commercial Technology at McLaren Racing explains, “Alteryx allows the fast combination and correlation of those data sets so the teams can focus on what changes they can make that will improve performance iteratively across the course of the season.”

Like our other customers, McLaren sees the potential with Alteryx. This allows McLaren to get out of the dirty work of data manipulation and taking many hours to create and manage data, to a much smoother and more efficient line of analysis from beginning to end. This gives the team more time to work together to improve the performance of the car without all the pain of having to figure out how to bring the data together and analyze the data quickly enough before the next race starts. Alteryx is helping McLaren solve their problems quickly, allowing them to worry less about how long it will take to identify the problem (which as we all know costs money) and letting them focus on the solution.

“Alteryx is changing mindsets around how our people use data to solve problems. With the implications of the cost-cap, this change is super important,” says Green.

Check out our Alteryx and McLaren Commercial!

Circuit of The Americas

This track, which opened in 2012, takes a lot of turns from other great tracks like Silverstone and Suzuka. What makes this track unique is turn one. From the starting line, drivers push hard up a dramatic hill with a blind left turn which then heads down hill. It usually makes for an epic start to the race. Sector 1 has many whipping type turns where the drivers are fighting the G-forces on both sides of their bodies. Then the long straight in sector 2 where you’ll see the cars reach over 200 mph. This track doesn’t disappoint in excitement, that is for sure.

Texas went big as they always do for the United States Grand Prix. With an attendance of 400,000 people the fans were ready to go. Through the weekend it was really great to hear the cheer from the crowd as each car came out of pit lane. The enthusiasm for Formula 1 in the United States has really started to pick up.

Both McLarens qualified well and were looking to pounce as the lights went out to signal the start of the race. As I was biting my nails on the first turn, both McLarens rushed into the turn putting pressure on the Ferrari, which ended up off the track on the outside. This gave the Ferrari what was ruled to be an unfair advantage as the Ferrari jumped in front of both McLarens. The Ferrari then had to give the position back to Daniel Ricciardo who drove a masterful race. Daniel was able to fend off the Ferrari for the entire race. At one point the two cars dueled neck and neck and Daniel was able to prevail with some great defensive driving.

Lando Norris had somewhat of an uneventful afternoon until the end of the race. He seemed to be able to pick up the pace as the race went on and more than likely would have moved up another spot had there been a lap or two more of the race.

All in all a balanced race result for McLaren. They kept Ferrari on their toes and will be looking to continue to finish well and keep their 3rd place standing in the constructors championship. 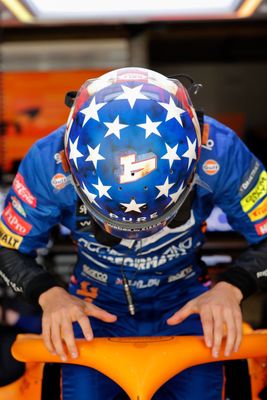