When I asked to start this blog, I was full of anticipation to find out what McLaren would do with Alteryx. I know from my own experience how Alteryx can impact an organization, but how would  it impact McLaren? Having been a race fan since forever, my hope was not only would it impact the business side, but also the racing side. I’m glad to hear that the McLaren Formula 1 team is embracing Alteryx across the organization, from the office of finance to race day analytics.

Now that we have use cases rolling in from McLaren, we thought it would be a great idea to share with you over the next few races how the McLaren Formula 1 team is using Alteryx. The team is showing how Alteryx isn’t just for data analysts or data scientists; it’s for everyone. Partners like McLaren, who embrace analytics and automation at every level, understand that a tool like Alteryx can refocus their team members from the mundane to what matters: winning. 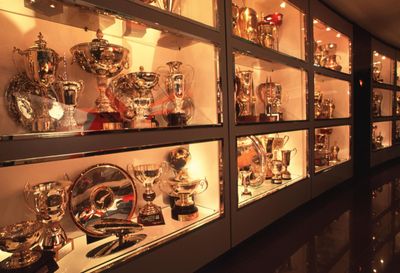 “Everything we do across the three key verticals of design, build, and race is completely data-driven. Taking data parameters from something that is moving at high speed and figuring out how to engineer it to be better or go faster provides a competitive edge. Advanced analytics with Alteryx underpins this,” says Dan Keyworth, director of business technology at McLaren Racing.

One of the biggest challenges McLaren faces is the budget constraints imposed by Formula 1. But Alteryx is helping them maximize the impact of their spending.

Imagine having to manage a budget, and having an external third party telling you what you can spend every year. Now you may say, “Well, there are many sports that have a salary cap or some other budget management by a third party,” but those sports mainly deal with costs associated with players and facilities. Other than players, those costs are fixed, for the most part. And the players are only worth what the market will pay for them.

When your business’s main priority is progression through technology — not worrying about what the market will pay — having someone else tell you how much to spend can be difficult. Every process needs to be meticulously scrutinized in order to justify spending the money. This is where Alteryx helps McLaren.

McLaren captures a tremendous amount of data throughout the season. This data is then used to improve the performance of the car and driver. With terabytes worth of data from the race track to the testing and simulation runs, McLaren uses Alteryx to bring that data together to analyze..

McLaren will be looking to use Alteryx to enhance the performance of the team. From the design of the race car to the performance at race track, Alteryx will allow McLaren to make data-led enhancements quickly. The faster McLaren can make these enhancements, the faster they can test, make changes, and perform at their peak.

“Alteryx allows the fast combination and correlation of those data sets so the teams can focus on what changes they can make that will improve performance iteratively across the course of the season,” says Edward Green, head of commercial technology at McLaren Racing.

To give you some sense of how important the data is to McLaren: 90% of the car gets updated throughout the season. Yes, I said 90%! Can you imagine having to replace 90% of anything in a year?

McLaren has to make sure that the data is providing them answers that guide upgrading, replacing, or removing parts on a strict budget. For example, in the upcoming blogs, I’ll discuss how Alteryx is allowing McLaren to bring together data from external suppliers and analyze the performance of the parts, as well as inventory, before decisions are made regarding that part. Alteryx also comes in handy since not only does Alteryx help them put together this data, but the advanced analytics capabilities allow the team to test many scenarios quickly to understand what configuration works best and what to build — meaning less time and less waste. 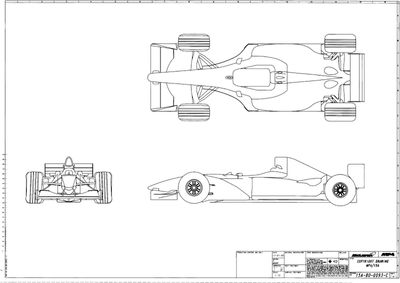 With the next few races, we’ll touch on the three parts of McLaren’s process of design, build and race and explore how Alteryx fits into each part of these processes. Trust me, you’ll want to see this, whether you care about Formula 1 or not. The use cases they present can be applied across your organization as well.

Now ... imagine you ran a Formula 1 team. What would you use Alteryx for?

I’m also excited to invite you all to attend our Alter.Next event, "Accelerate your Analytics," featuring McLaren Formula 1 Racing Team CEO Zak Brown and celebrity guest speaker Mindy Kaling. On October 26 in the Americas, October 28 in APAC and November 4 in EMEA, you'll get to hear transformation stories powered by Alteryx, and get inspired for your next analytics breakthrough. Plus it's free!

The first race in Turkey was in 2005 and McLaren won. This track has many sections that are similar to other famous tracks around the world like Laguna Seca in California and Spa-Francorchamps in Belgium. The best part of the track is turn 8. Drivers have to really go for it here. The turn actually has multiple apexes and is downhill. This really puts the drivers’ limits to the test.

The Turkish Grand Prix was a very interesting race for many different reasons. The weather was a factor, tyre performance pushed the tyre wear from good to bad and back to good, teams went back and forth as to whether or not to make a pit stop or not make a pit stop, and team's performance was very different from team to team.

The weather played games with the teams throughout the race. Teams had to rely on the drivers feedback to communicate when and where it was raining on the track. This happened on and off during the race with light drizzle. This caused two major issues for all the teams. First, with the humidity levels so high it made it very difficult for a full dry race line in the track to form. This then caused the second issue. The teams would have to run intermediate tyres the whole race. The issue with being forced into using this tyre, the tyre could, and I mean “could” make it the whole race. When the cars are forced to use the intermediate tyre, the rule of having to use two different sets of tyres goes away. This meant the team had to decide whether to pit the car or not.

For McLaren this race was going to be a difficult one no matter what, due to the fact that this track is not a favorable track for their car setup. This happens to every team on the grid at some time during the year. There’s just no way for a team to build a car that will perform at every track. Knowing this, McLaren made very smart moves before the race and during the race.

Due to the track and other variables, McLaren took advantage of the situation by replacing Daniel Ricciardo’s engine. When an engine is replaced the team gets a 10 spot penalty on the grid. Only bad thing is that this put Daniel in last place to start the race. No matter thought, this will put Daniel in a better position for the remaining races of the season. McLaren also has faith in Daniel that even if they put him in the back of the grid, he will make his way up the board.

As the race started, Daniel and Lando got off the line well. Daniel was able to move up spots fairly quickly and Lando was able to move up a position due to a few other drivers' mistakes on lap one. As the laps fell on the McLaren team, it was decided to bring Daniel in to put on new intermediate tyres to see if he would be able to continue to move up the board. This started an interesting scenario with the rest of the teams. All the teams paid close attention to how Daniel performed after changing the tyres. In the first few laps, Daniel showed speed on the new tyre, but after a few laps he started to slow. Teams started to see this on Daniel’s car, which then they all decided to stay out longer on the tyre they started with. Eventually most of the teams pitted and they all seemed to go through this fast and slow process with the new tyre. What then happened towards the end of the race, Daniel started to speed up! For some reason the tyre went from good to bad to good again. With this move Daniel was able to move up the board and Lando was able to maintain a top 10 spot through the race.

While the race was somewhat quiet for McLaren, they did play a major factor in the race and should be happy and excited to get through this race as well as they did.

On to the United States Grand Prix in Austin where McLaren will look to continue their success. Daniel was quoted that he’s looking forward to eating brisket, so he’ll be in happy spirits in Austin. Hopefully that will translate into a positive performance for the team. 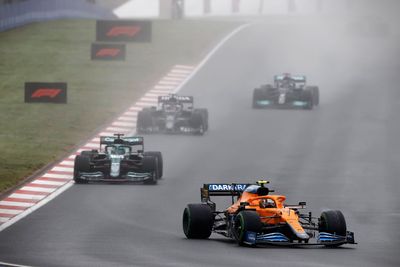 Track: Circuit of the Americas