Formula 1 makes its first appearance in Qatar this week. The Losail International Circuit was built in 2014 as a MotoGP track. For those of you who don’t know MotoGP, it’s the equivalent of Formula 1 for motorcycles. This track will be fast, and the drivers will be experiencing high G-forces around the fast corners. It will be interesting to see how each driver works through learning this new circuit. 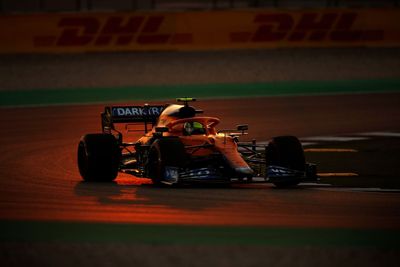 With this new circuit on the calendar, it got me thinking: What defines a Formula 1 track? After some research I was surprised at what I found regarding the race track itself. For the most part, the track can be any kind of configuration, with only a few regulations on start/finish length and width, as well as on the banking angle allowed in corners. For some specifics, the track itself cannot be longer than 7 km or shorter than 3.5 km, and the straights can’t be longer than 2 km.

The FIA, which is the governing body of Formula 1 and many other race series, seems pretty flexible within the race track configuration.

Of course, there are a tremendous number of other factors that the FIA requires for a track to be considered a Formula 1 track. Safety is the FIA’s main concern for both the teams and the spectators. The modern race tracks have larger areas for runoffs, as well as specific barricade structures that absorb the impact of the car when hit. There are also specific types of medical personnel whose presence is mandatory at the track.

From the operational side, the circuit must accommodate a large capacity of fans. Typical F1 races run into the 200,000 spectator mark. The circuit must also have the ability to handle large trucks and have ample space for the teams in the pit area, which must be located in front of the start/finish line. Plus, there needs to be an adequate drainage system to get the water off the track as quickly as possible in wet conditions.

As you can see, there’s a lot to do to get the track ready, but designing and configuring the actual track seems to allow designers to be as creative as they like. Of course, the FIA is there to give track designers suggestions and help groups through the process.

In order for the track to be considered for a Formula 1 race, the FIA must designate it as a class 1 race track. The FIA has 6 classifications; Class 1 is Formula 1 and Class 6 is ice racing, which means the other classes include everything in between. Hitting all the regulations above, along with what I’m sure are pages and pages of other regulations, can put the track in consideration for a Class 1 circuit.

Now, there are tracks that represent exceptions to these rules. Most of the tracks that buck the trend are tracks that have been around for quite some time. For instance, Monaco is under the circuit length of 3.5 km, and follows a more classic approach to street circuit design. Unknown to a lot of fans, Indianapolis Speedway is also a Class 1 race track. Formula 1 had a short stint at Indianapolis, which has high banking's in its corners. Indianapolis is technically an oval track with a road course which runs through the in-field. There’s a famous Grand Prix indecent of confusion that happened at Indianapolis that caused Formula 1 to not renew races. I won’t go into the incident here, but it’s one example of why these rules and regulations are important for the success of Formula 1.

Hopefully Losail International Circuit turns out to be a great facility for the teams and the fans. Continuing to add races in other countries or new areas of countries is great for the sport and the sport’s sponsors, like us at Alteryx.

This is the first time McLaren Racing will race at Losail International Circuit. This track is run at night to use the cooler temperatures. Night races are the best! The lights always seem to bring out the best in the F1 drivers. The track really only has one optimum passing area on the track for F1 cars and that is turn 1. The long straight takes you through a DRS zone that will allow drivers to gain on each other as they get in within one second of each other. The rest of the track is really fast. Several of the corners the car will run at full throttle. It’s a very winding 16 turn circuit, and looks to be a very well liked track from the drivers. Qatar has signed a 10 season deal with F1, but this may end up being the only time F1 drives this track. The plans for the future are to create a different F1 track.

When the red lights went out and the bright lights flashed against these fantastic looking cars, the race to turn one was on. Both McLarens' race beginning looked really promising. Lando Norris was able to get a good run off the line and pushed to fifth. Daniel Ricciardo ran back in the track for the first few laps, but then started to move through the field eventually moving up into the points. Lando did an absolutely stunning job on keeping his soft tyres good for many many more laps than they should have. Once Lando pitted and put on the hard compound tyre, I think everyone felt that Lando could push for a podium spot. After Daniel’s pit stop, I think everyone had the feeling that Daniel was going to be able to catch up to the Ferraris. All was looking well. Then about two thirds through the race Daniel slowed and was passed by two cars in one lap, learning after the race Daniel’s car had a fuel issue which had him fall to 12th position for the remainder of the race. While Daniel began to struggle, Lando looked like he was chugging right along, but with 5 laps left, Lando was called into the pit with a tyre issue, which many other teams suffered similar or worse issues with the tyres. Lando finished 9th. Going to a track that has never been run by an F1 car, no one knows how the tyre compounds are going to perform. Pirelli can only estimate the behavior of the tyre and can’t guarantee the life of the tyre. With two races left, McLaren has a ladder to climb to get to 3rd place in the constructors championship. I think if the bad luck would stay away, the team would easily still have the 3rd place locked up, so no one on that team should feel like they still don’t have a chance to get 3rd. Too good of a team to not believe they can do it. 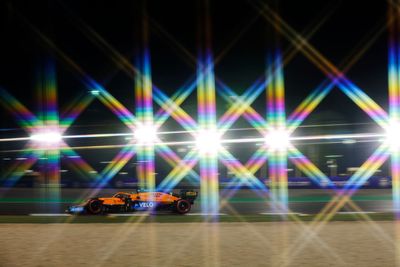