88: How to transition from spreadsheets to a full analytics program

Where do you start when transitioning from spreadsheets to an analytics program? Alteryx ACE Esther Bezborodko shares tips for driving digital transformation at the organizational level. 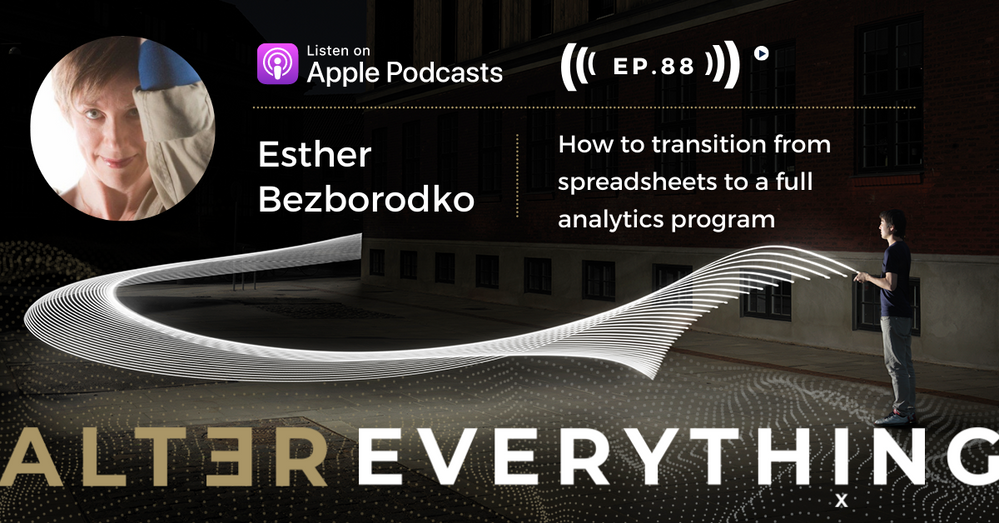 I loved @estherb47 's point that when you move beyond spreadsheets to an analytics tool, you have a lot more freedom to experiment and change the process (since you're not making changes in the underlying data source), and for the same reason, you have less chance of making errors from managing individual cells!

It brought back memories of a budget reporting "tool" I inherited fresh out of college. I was poking around, trying to figure out how it worked, and realized that there was a formula that had been changed, but not copied to all of the cells (in one of like 18 linked Excel workbooks).