51: Coaching “the why” with Stan Van Gundy

For our first episode of 2020, we have a special guest host: our very own Chief Data and Analytics Officer, Alan Jacobson. Alan sat down with Stan Van Gundy, celebrated NBA coach, for a chat about the parallels between driving transformation as a basketball coach and driving transformation in business. Stan provides so many great morsels, from what is means to coach “the why" to how important it is for players and business associates to be adaptable.

Special thanks to JW Legacy Music, our first winner of the 2020 Alter Everything Podcast theme music competition, for the awesome theme music track for this episode. Stay tuned for more winning tracks throughout this year. 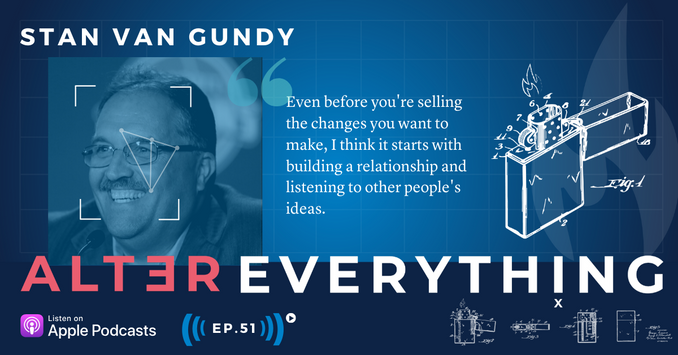